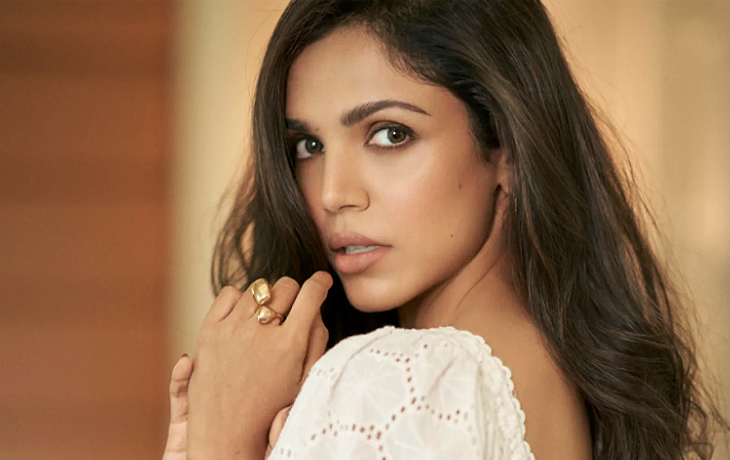 Shriya Pilgaonkar was interacting with NewsHelpline on the sidelines of The Broken News special screening in Mumbai. The entire star cast of the series, including Jaideep Ahlawat, Taaruk Raina, Sonali Bendre, Indraneil Sengupta, Faisal Rashid, Kiran Kumar, Aakash Khurana, and Sanjeeta Bhattacharya is the, were present at the screening and posed for the paparazzi in their glamorous avatars.

Talking about her role and story of the series, Shriya said, “I am excited about The Broken News releasing; I had fun shooting with Sonali Bendre and Jaideep Ahlawat. I think the story of our series is very relevant, we have tried to showcase different prospective in an entertaining way, so I am hoping that after the success of Guilty Minds, this series also find success. I am keeping my fingers crossed.”

Adding about her character, Shriya said, “My character of Radha Bhargrav is someone who works between Sonali and Jaideep’s characters in this world of news. Like I said before, earlier, I was a fan of Sonali and Jaideep; now I am their friend.”

“We have made this show with a lot of heart and hard work, it is Sonali Bendre’s digital debut, and Jaideep is an incredible actor as it is, do watch it and enjoy it”, added Shriya.

Zee 5’s new web series The Broken News is an official adaptation of the popular British series ‘Press’. It revolves around two rival news networks and reveals the lives, lies, love, and struggles of a dynamic group of journalists.

Produced by BBC Studios India and directed by Vinay Waikul, it will premiere on 10th July 2022.

Britney Spears And Sam Asghari Have Tied The Knot In An Intimate Ceremony In Los Angeles.