Britney Spears And Sam Asghari Have Tied The Knot In An Intimate Ceremony In Los Angeles. 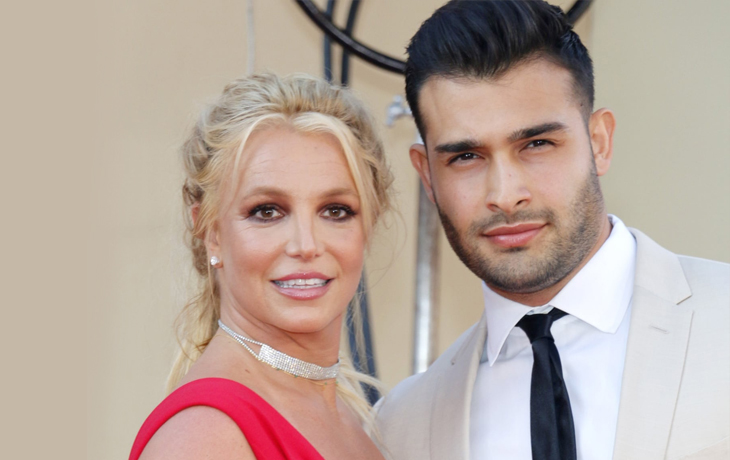 Britney Spears and Sam Asghari have tied the knot. According to People, the happy couple was joined by approximately 60 guests, including close friends from the business such as Paris Hilton, Madonna, and others, as they married in an intimate ceremony in Los Angeles. On Thursday, June 9, the pair married in Los Angeles.

Spears previously stated that she would be wearing a Versace-designed wedding gown. Britney walked down the aisle wearing the gorgeous dress while Elvis Presley’s Can’t Help Falling in Love played, according to People. Britney’s sons, Sean Preston and Jayden James, whom she shares with ex Kevin Federline, were not among the wedding guests.

Spears and Asghari, who married last year, met on the set of the singer’s 2016 music video for Slumber Party, sparking romance rumours. After her video shoot, Spears revealed in 2017 that she and Asghar took roughly “five months” to reunite. Sam and Britney remained strong throughout her conservatorship, which lasted 13 years and ended last year. She also referred to him as her rock because he stood by her side throughout the most trying years of her life.

Last month, Britney teased her wedding by posting an Instagram photo of her cat Wendy seated on top of white tulle fabric. Britney had said in her captions that it was the veil to her wedding gown, implying that the big day was approaching.