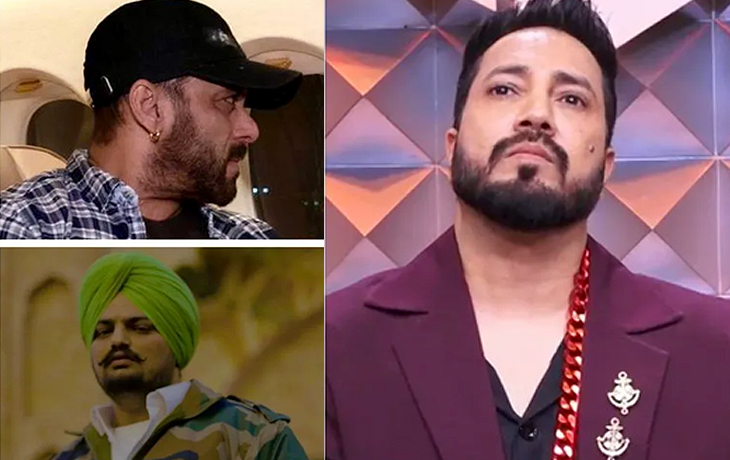 Punjabi sensation Sidhu Moose wala was gunned down recently, and now some gang is threatening Salman Khan to extort money. Now Mika Singh reacts badly to the whole gangster element making everyone’s lives miserable and wants the government to intervene and put an end to it.

During his interaction with NewsHelpline at the Swayamvar- Mika Di Vohti With King show launch, singer Mika Singh reacts to gangsters making artists their target.

Addressing Sidhu Moose wala’s killing and gangsters threatening Salman Khan, singer Mika Singh said, “Whatever happened to Sidhu Moosewala was wrong, but the real sufferer is his family. He was a young kid of just 28 years; he just left us so soon. It is not a natural death, it is a murder, and someone is murdered. We all should raise our voices, not just because he was a singer, but he was a son, a politician, a good singer and a good human being. The kid who died was not a gangster, he was a singer; this is unacceptable.”

“If something like this could happen with such a huge celebrity, think what must be happening to the normal public. Recently someone threatened Salman Khan; we shouldn’t and mustn’t take it lightly. I would like to urge our government and police officials that you all can stop it; it is in your hands today; it has happened to a young kid; tomorrow, it might happen to anyone”

“Even I got threats, but I didn’t sit on them. I went to officials and complaint about it; today, so many singers are getting threats, and there is no way to confirm who called you; one just ends up paying. In these last five years, so many actors, producers and singers are getting threats and paying to keep themselves safe; this is nonsense. You cannot treat a human being like a freaking animal,” added Mika Singh.