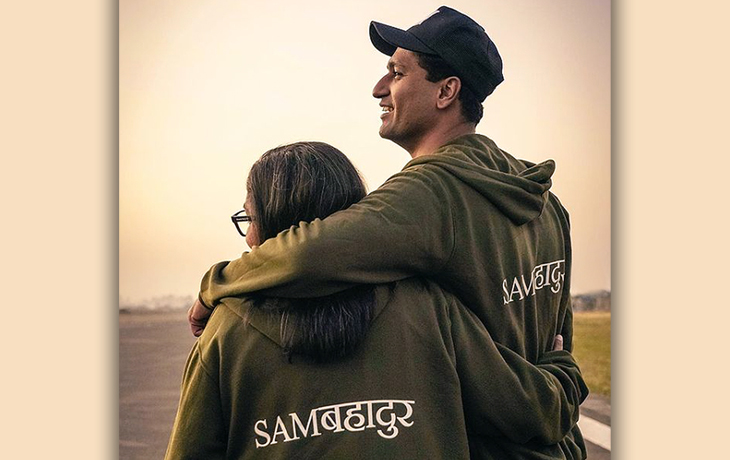 The filming of Vicky Kaushal’s forthcoming biopic Sam Bahadur is keeping him busy. The actor has been travelling nonstop for the movie and posting several updates. After two months of continuous filming, he has declared the schedule wrapped. Additionally, he has shared set photos and even stated that there are still a few months left. To be aware, Meghna Gulzar is the director of the biography Sam Bahadur. On the film Raazi, which also starred Alia Bhatt, they collaborated.

The actor posted the following on his Instagram account, “After more than two months of relentless work across five cities… it’s a SCHEDULE WRAPPP for the बहादुरs!!! Few more cities and a few more months to go. See you soon, Team, to continue our journey of making #SAMबहादुर !!!” He is spotted posing with the director in the first image, Meghna. They are both seen donning sweatshirts with the word “SAMबहादुर” on them.

The entire crew is seen posing together in the second photo while Vicky can cut the cake in the third. The Team can be seen applauding in a video as well. Sanya Malhotra and Fatima Sana Shaikh also appear in the biography. Field Marshal Sam Manekshaw, played by Vicky, will appear in it.