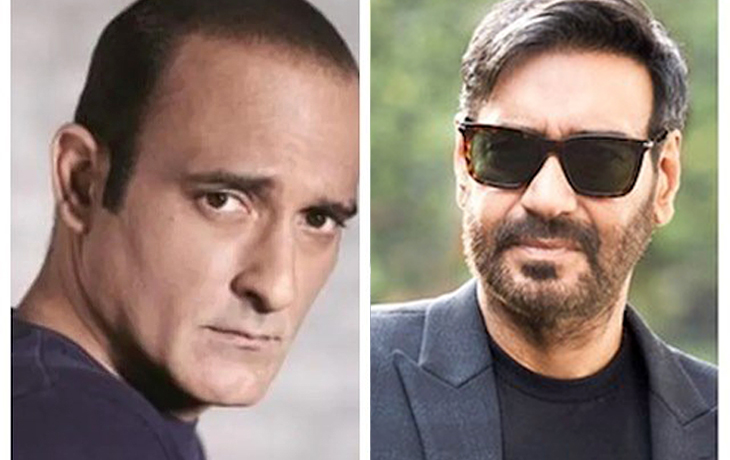 In his compliments of Akshaye Khanna for Drishyam 2, actor Ajay Devgn describes him as a good actor who has assisted in bringing out the best in him.

Ajay Devgn spoke with the media while Drishyam 2 was promoted in Mumbai.

In Deewangee, Akshaye Khanna and Ajay Devgn shared the screen; now, they’re working together on Drishyam 2.

The characters Ajay Devgn and Tabu, played in the Drishyam film series, are torn; they are both in the wrong, yet a moral quandary drives them to continue battling.

Talking about the moral flaws of the characters, Ajay said, “Both the characters are right in their place. There is this mother whose son is killed at such a young age, and she is not ready to accept any explanation whether his son was right or wrong or why or what killed him, and I think most mothers are like that, and then there is my character, a man trying to do whatever he can to protect his family, so this clash becomes even more interesting because usually we have one negative and one positive character, and we know who is going to win, but Drishyam clash is an emotional clash”

Abhishek Pathak is the director of Drishyam 2. Ajay Devgn, Tabu, Akshay Khanna, Shriya Saran, Ishita Dutta, Mrunal Jadhav, and Rajat Kapoor are members. It is a remake of the same-titled 2021 Malayalam film, scheduled for November 18, 2022.