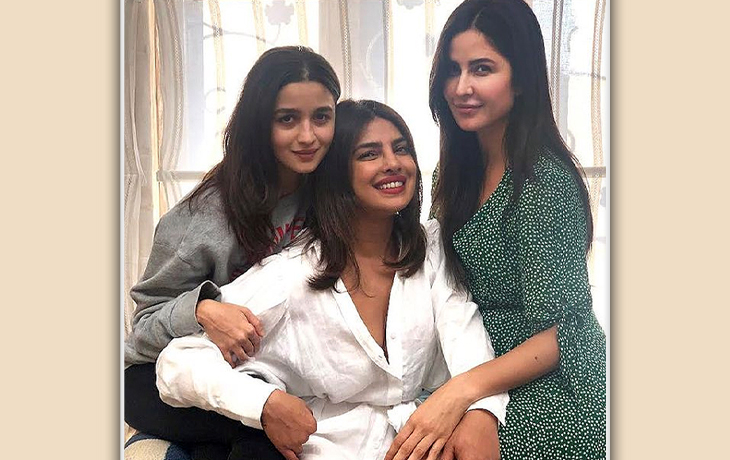 Jee Le Zaraa, starring Priyanka Chopra, is one of the most eagerly anticipated films because it marks her comeback to the Hindi cinema industry following Shonali Bose’s 2019 blockbuster The Sky Is Pink. The movie stars Alia Bhatt and Katrina Kaif and is about a road journey. Farhan Akhtar, who previously directed Don 2, will retake the wheel—written jointly by Zoya Akhtar and Reema Kagti under the direction of Excel Entertainment.

Fans have anticipated an update on Jee Le Zaraa since the movie was revealed. Finally, Priyanka Chopra revealed the information to India Today, stating that the movie will hopefully begin production next year. On the occasion of Dil Chahta Hai’s 20th anniversary, Farhan Akhtar revealed his upcoming film, Jee Le Zaraa, which stars Priyanka, Alia, and Katrina. It is said that this, the trio’s first on-screen project, is about female friendships.

Before anyone else joined the project, Priyanka revealed in an interview with PTI that she had called  Katrina and Alia because she wanted to work on a Hindi film about the “terms of women” before anyone else. She continued by saying that the actresses of her generation had made it possible for the subsequent generation of women to appear on movie posters and be able to sell movies. “So, I really wanted to bring together my friends and say, let’s create a movie that will do well at the box office, and it will be ours… So, the stars aligned, and we decided to do it.”

In her work life, Priyanka will soon be a part of the web series Citadel on Amazon Prime Video. In addition, Sam Heughan and Celine Dion will also appear alongside the Bajirao Mastani actress in the upcoming movie It’s All Coming Back to Me.