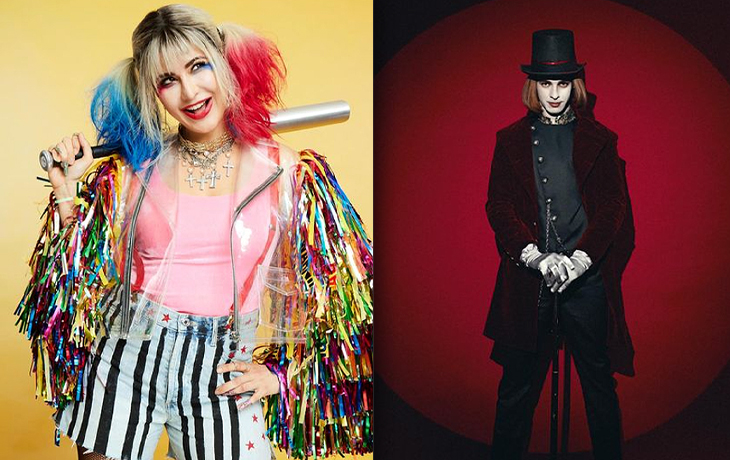 This weekend will see the grand theatrical debut of Phone Bhoot, the upcoming horror comedy starring  Ishaan Khattar, Katrina Kaif and Siddhant Chaturvedi. After the highly promising trailer and song release, anticipation for the film is at an all-time high. The producers invited the cast and crew to a Halloween party before the movie was released. With their creative selection of party attire, the three leads—Katrina Kaif, Siddhant Chaturvedi, and Ishaan Khattar—are gaining more popularity on the internet.

For Halloween, Katrina Kaif, the lead actress in the film Phone Bhoot, dressed as Harley Quinn, a well-known DC comics character. Vicky Kaushal and the actress also uploaded a funny clip where he is seen directing her during a photo shoot. Ishaan Khattar chose to appear at the party as Willy Wonka, the well-known figure from Charlie and the Chocolate Factory. On the other side, Siddhant Chaturvedi opted to dress up as Shaktimaan, a homegrown superhero of India, for the night. Both fashionistas and moviegoers have been blown away by the Halloween costumes worn by The Phone Bhoot actors.

In the Gurmeet Singh-directed film Phone Bhoot, Katrina Kaif plays a ghost on a mission. In the movie, Ishaan Khattar and Siddhant Chaturvedi play ghost-busters. The first time the two actors worked together with Katrina on screen. Senior actors Sheeba Chaddha and Jacky Shroff are among the stellar star cast in the eagerly awaited movie. The movie Phone Bhoot, made by Ritesh Sidhwani and Farhan Akhtar under the Excel Entertainment banner, is scheduled to open in theatres on November 4.

Ishaan Khattar’s next appearance will be in the upcoming war movie Pippa, in which he portrays a soldier. On the other side, Sidhdant Chaturvedi recently finished shooting the romantic comedy Kho Gaye Hum Kahan.

Priyanka Chopra Is Home-Bound After 3 Years