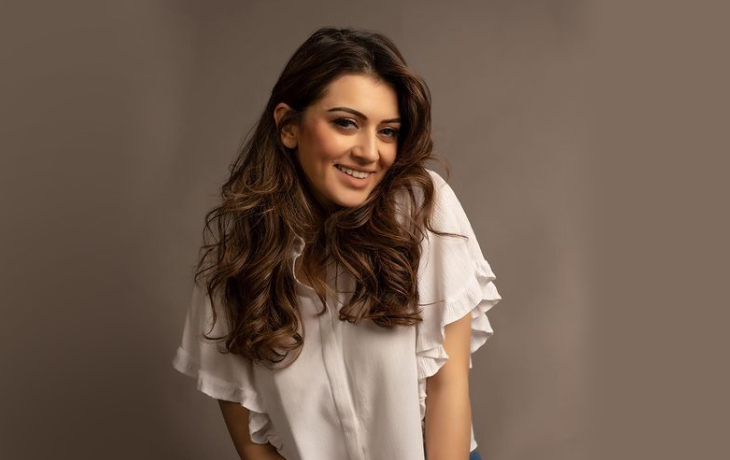 5 Fascinating Secrets About the Star You Must Know.

1. Happy birthday, Hansika Motwani! Here are five fascinating facts about the actress you should be aware of.

Hansika Motwani began her acting career as a child actor in Bollywood and television shows before moving on to become a leading lady in films from the south. Films. Hansika Motwani had her Kollywood debut in Dhanush’s “Mappillai,” and she had a successful start by appearing in back-to-back blockbusters. Top actors in the business, like Karthi, Vijay, Suriya, Jayam Ravi, and others, have shared the screen with Hansika Motwani. Today is the gorgeous actress’s Birthday, and congratulations have been pouring in for her on social media. Here are five intriguing facts about the actress that you should be aware of before sending her birthday wishes.

Hansika Motwani participates in a variety of charity endeavours and contributes money to 25 underprivileged children’s education. Additionally, she has taken part in a campaign to enlighten urban women about breast cancer. She looks to the medical requirements of ten ladies with breast cancer. Hansika Motwani is incredibly responsible and compassionate and cares for others.

3. Raised by her mother.

Her mother, Mona Motwani, raised Hansika Motwani by herself after her father, Pradeep Motwani, abandoned the family while she was a very young child. Mona Motwani, a dermatologist, is the mother of Hansika Motwani, who was brought up in disciplined. The actress must be so responsible and generous with her affection because of this, too.

4. Is a follower of nonviolence.

Most of the time, Hansika Motwani is seen playing a romantic role; she rarely appears in action. But given that the actress supports nonviolence, you know there’s a good reason for it. A faithful follower of the Buddha, Hansika Motwani enjoys practising meditation every day. Despite her busy schedule, the actress is kept at ease by this.

5. A temple in Tamil Nadu dedicated to the actress.

With her adorable performances, Hansika Motwani has attracted many fans. Fans often refer to Hansika Motwani as Little Khushbu and connect her to the famous actress Khusbu from the 1990s. Fans of Hansika Motwani wanted to construct a temple in her honour close to Tiruchirapalli. However, the actress opposed it and urged the supporters to change their choice.

While working with the actor on the film “Vaalu,” the stunning actress began a relationship with Simbu. Both made public announcements about their relationships, dating for about a year. But after that, the couple split up for a variety of reasons. Hansika Motwani, who will shortly co-star with Simbu in her 50th movie, “Maha,” has the utmost respect for the actor.

Mahesh Babu’s fans celebrated his birthday like a festival