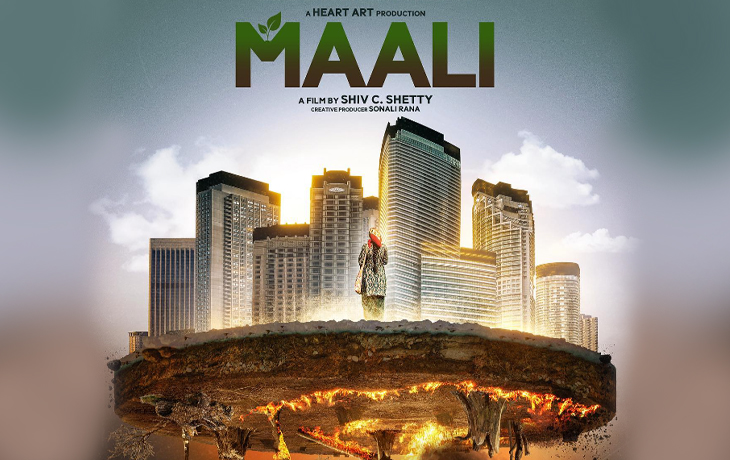 The short film Maali, directed by Abhishek Kapoor’s wife, Pragya Kapoor, is expected to make its world premiere at IFFM 2022.

The “Maali” movie, produced by Pragya Kapoor, will premiere at the Indian Film Festival of Melbourne (IFFM) in 2022. The movie is scheduled to be shown on August 18.

The story of “Maali,” written and directed by Shiv C. Shetty, brings to life the most critical worldwide discourse about deforestation and mental health.

Pragya Kapoor also shared the deeds and first look of the movie. She wrote, “At a time when the climate crisis and its effects on our mental health are no longer something that can be ignored, we bring you a sweet film about a young girl’s journey that will make you rethink your priorities in life—sharing with you the poster of our movie – Maali, premiering at @IFFMelb on August 18. @shivcshetty @sonalirana1511 @maali_film @ek7foundation @ankit_shresth @MBFWorld @stallionangelo @Shashwat_Mall @nehamehra80.

Maali is the story of 16-year-old Tulsi’s trip from the serene highlands to the concrete jungle and her struggle after seeing the greed, loneliness, and melancholy that characterise city life.

You may see in the movie how a young Maali travels from the tranquil mountains to the urban jungle and learn about the negative consequences of deforestation on our physical and mental health.