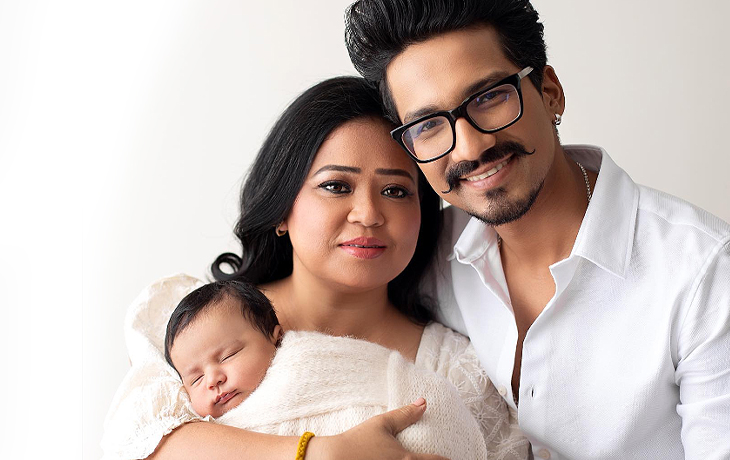 Actress and comedian Bharti Singh and Haarsh Limbachiyaa are enjoying every bit of parenthood. The couple, who welcomed a baby boy on April 3, revealed their son’s face elegantly on social media.

Bharti and Haarsh are holding the young child affectionately while wearing all-white clothing to reveal their little one’s face.

Laksh just celebrated his third month of life on July 3.

The two also co-hosted The Khatra Khatra Show, a Colors TV comic game show series with numerous guest stars. On Voot, the show is also accessible digitally, and it broadcasts from March 13 2022 to May 20 2022, during the third season.

HYBE signs a contract with Disney, announcing BTS MONUMENTS: BEYOND THE STAR & more.