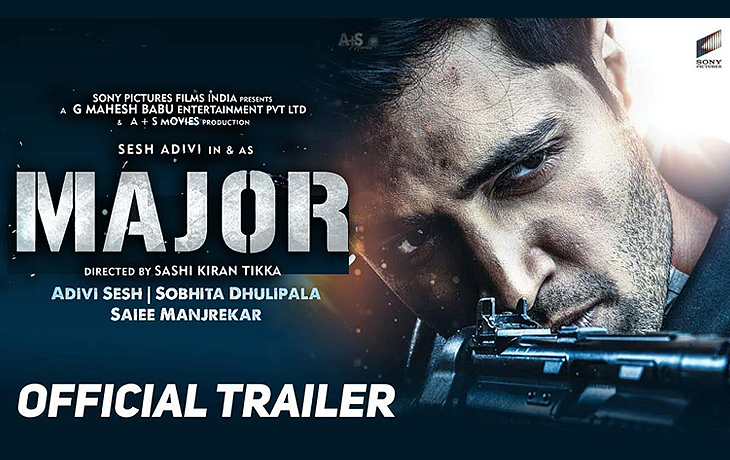 The trailer for actor Adivi Sesh’s upcoming biographical film Major, which pays homage to Major Sandeep Unnikrishnan, was released today. Salman Khan, Mahesh Babu, and Prithviraj Sukumaran joined together to promote the trailer for Major in Hindi, Telugu, and Malayalam, respectively, in a joint effort to honour the film’s subject. The trailer premiere was a big deal in Hyderabad on Monday.

The film was directed by Sashi Kiran Tikka and was shot simultaneously in Telugu, Hindi, and Malayalam. Major Sandeep Unnikrishnan, the braveheart of the 2008 Mumbai attacks, tells his story, and it chronicles his life from childhood through the tragic events of the Mumbai attack, in which he was killed.

We witness Adivi Sesh standing up and coming into his own in the trailer as he fights terrorists and saves lives. We also see Adivi Sesh bring the martyr’s exploits to the screen, marking the army officer’s outstanding personal and professional milestones.

In fresh PHOTOS from NYC, Vicky Kaushal grins with Katrina Kaif as he cuts birthday cake and offers love to fans.

Alia Bhatt feels like a ‘newcomer’ as she prepares to make her Hollywood debut.