Popular
“Aditya Dhar, You’re The Biggest Blessing In Life,”...
Ajay Devgn And Varun Dhawan Praise Each Other...
Dhanush And Sekhar Kammula Collaborating For A Trilingual...
Exclusive Interview: Ravindra Parekh, a Writer, Poet and...
Tiger 3: Salmaan Khan to reunite with actress...
Tahira Kashyap States that she borrowed money from...
Kartik Aaryan Is Spooky In Freddy’s New Teaser
Mahesh Babu Pens A Heartfelt Note For His...
Ranbir and Alia disclose the name of their...
Anand L Rai on Akshay Kumar’s Raksha Bandhan’s...
Home Bollywood news Yami Gautam discusses the North vs South film topic and states that she does not feel a “divide.”
Bollywood newsFeatured

Yami Gautam discusses the North vs South film topic and states that she does not feel a “divide.” 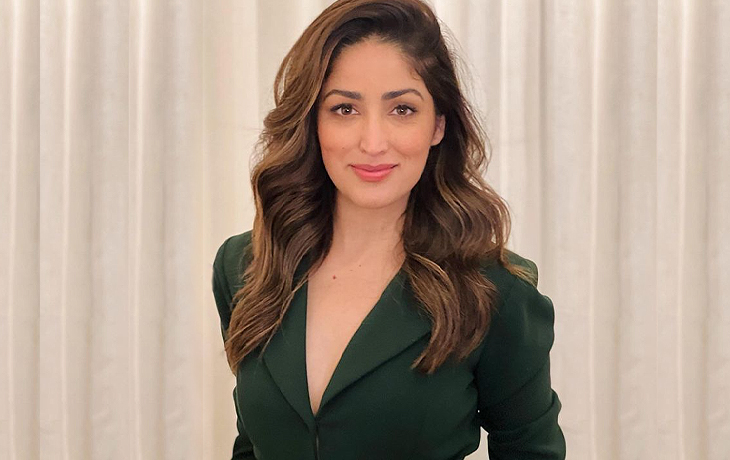 One of the industry’s most promising actresses is Yami Gautam. Vicky Donor was her first movie, which she played in 2012. Since then, she has been in various movies, including Badlapur, Uri: The Surgical Strike, Kaabil, Bala, Ginny Weds Sunny, and many more. The actress’s most recent films, Dasvi and A Thursday were both major hits. In response to the North vs South film issue, Yami has stated that she does not feel a divide.

The actress told India Today in an interview that she could never view it that way because her first career film was a Kannada movie, and her second was a Telugu movie, which Vicky Donor followed. “I never took it like that. The only difference, for me, I would say, was language and nothing else. We are all a part of the Indian cinema. Yes, these are difficult times for Hindi cinema. And as I said, that’s why this change is really important to give the audience something new. New and better stories, some better visuals – something will have to change from the structure that we have been seeing for the last couple of years. We have to respect the audience and evolve,” says Yami.

Additionally, Yami stated that to be released in theatres and be seen by audiences, films must be excellent due to the overall weakening of the market for niche and specific films. She remarked that it is fantastic that the movies in the South have performed so well and that there must be a reason why the viewers connected to these movies. “And we must respect that. I don’t see it as competition. As I said, it is telling us something. We really need to rework somewhere in the system and better our own craft,” mentioned Yami.

According to the work front, Yami will next appear in OMG 2 – Oh My God! 2, Dhoom Dham, and several other unnamed projects.

Check out the most awaited trailer of House Of Dragon