Vikram Vedha Trailer Out On This Date 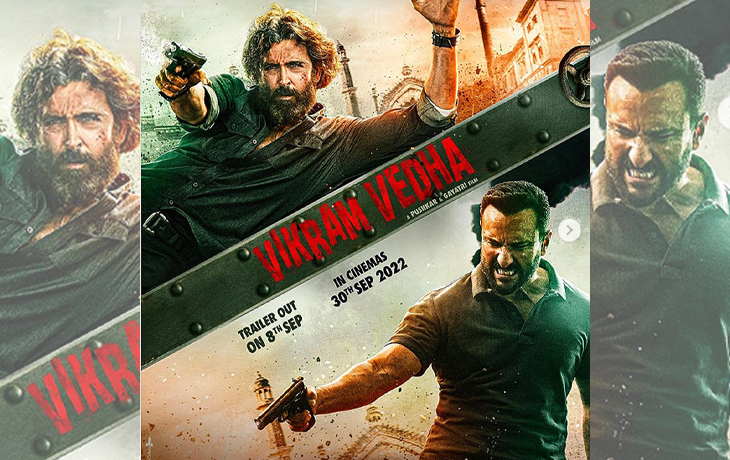 The makers of the action movie Vikram Vedha, which stars Hrithik Roshan and Saif Ali Khan, have dropped yet another attractive new poster after releasing the first dramatic and kick-ass teaser. They have also confirmed the date for the release of the trailer.

On September 8th September, the eagerly anticipated action drama’s trailer will be released. Both actors are seen on the billboard with guns, as though they are on a battlefield, but their facial expressions and body language are in sharp contrast.

The 2017 Tamil action film Vikram Vedha was remade by Pushkar Gaytri, who also oversaw the original.

The plot of Vikram Vedha centres on a police officer looking for a mobster. The situation changes when the gangster hands himself in voluntarily and shares his background with the officer, challenging his notions of virtue and evil.

Katrina Kaif states there can be “suhagdin” in the Koffee With Karan 7 Ep. 10 Promo

Jayaram As Alwarkkadiyan Nambi in Super Spy Of PS1