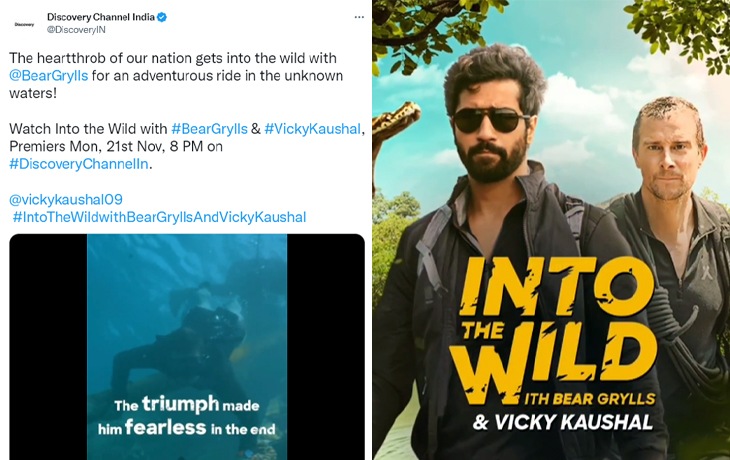 Vicky Kaushal, like his wife Katrina Kaif, is a fitness enthusiast, and that is no secret. They have a lot in common, whether it is their personalities or regimens. We would like you to recollect Zindagi Na Milegi Dobara, a well-known Bollywood film in which Katrina played the part of a scuba diving instructor before we go into great detail about the most recent discovery. The most recent information is that Vicky, Katrina’s husband, has chosen to explore the underwater world!

Vicky Kaushal will be diving with British explorer Bear Grylls, so he’s keeping his “Josh” up.

At the start of the clip uploaded by the channel, Vicky can be seen stating, “Never in my life I thought I would be doing this.” It is obvious that Vicky is experiencing a wide range of emotions, including fear and excitement.

The actor from Uri: The Surgical Strike posted a story about the incident on Instagram. He wrote in the caption of his post, “An experience to remember. Cheers, @beargrylls”.

Vicky has previously accepted challenges posed by Bear Grylls and his crew. He appeared in a 2021 edition of Into The Wild, where he and Bear Grylls tried their wilderness survival skills in the Maldives.

The Prime Minister of India, Narendra Modi, the actor Ranveer Singh, and several others have all made appearances on this well-liked program in the past.