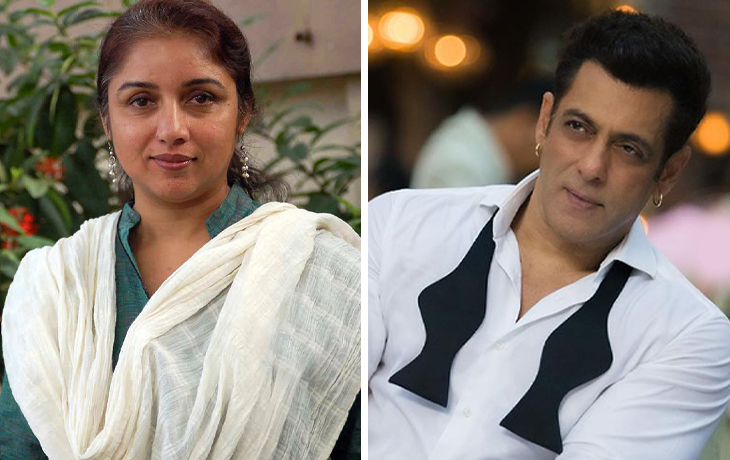 Currently, Bigg Boss 16 is keeping superstar Salman Khan busy. The actor was last seen inviting Kajol and Revathy to the Weekend Ka Vaar set. They were seen promoting Salaam Venky, their upcoming movie. Revathy is the film’s director, and Vishal Jethwa plays a vital part. Fans of Salman and Revathy were excited to see them together again on the show.

In the 1991 love drama Love, Salman and Revathy were the lead characters. It was among the most cherished movies. Saathiya Tune Kya Kiya, one of their songs, continues to be a favourite. After 32 years, they are now preparing to collaborate.  At the promotions on Big Boss 16, the pair said they would appear together in Tiger 3. Her role’s specifics are kept a secret. Maneesh Sharma directed the movie, which also features Katrina Kaif. According to reports, Shah Rukh Khan will make a memorable cameo in the third instalment, and Emraan Hashmi will play an important role.

The initial release date for Tiger 3 was Eid 2023. The filmmakers recently announced the latest release date. Now, the movie’s release date is set for Diwali 2023. Salman posted the poster and stated, “Tiger has a new date… Diwali 2023 it is! Celebrate #Tiger3 with #YRF50 only on a big screen near you. Releasing in Hindi, Tamil and Telugu.”

Salman also has Kisi Ka Bhai Kisi Ki Jaan and Tiger 3. Pooja Hegde, Shehnaaz Gill, and Farhad Samji are all featured in the movie. Additionally, he is working on the sequels to Kick 2 alongside Jacqueline Fernandez and No Entry.

Exclusive Interview: Ravindra Parekh, a Writer, Poet and a Journalist