The new guests on “Koffee with Karan 7” are two Punjabi guys, Vicky Kaushal and Sidharth Malhotra. 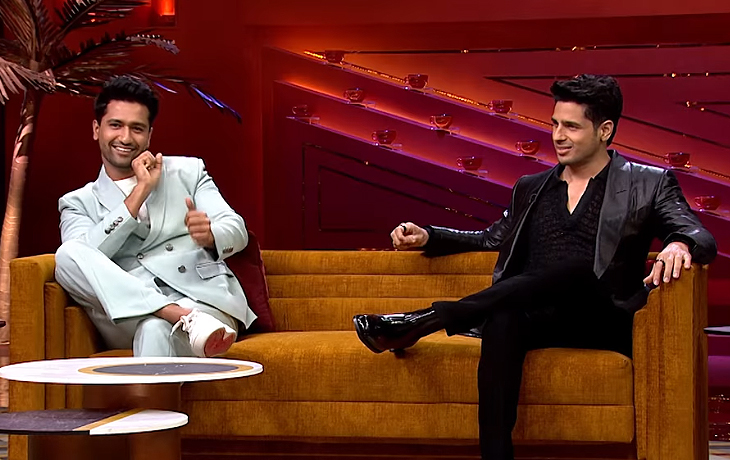 In the promo, newlywed Vicky Kaushal, whose love story was made public during his previous appearance on the program, sports a stylish and trendy look. At the same time, host Karan Johar grills Sidharth Malhotra, who is dating Kiara Advani.

Karan Johar posted a preview from the episode and said, “They’re the men of the moment, and they’re bringing the full Punjabi feels to the Koffee couch! Manifesting a spicy brew this time around, watch the seventh episode of #HotstarSpecials #KoffeeWithKaranS7 streaming from 12:00 am this Thursday only on Disney+ Hotstar. @disneyplushotstar @sidmalhotra @vickykaushal09 @apoorva1972 @jahnviobhan @aneeshabaig @dharmaticent.”

In the meantime, Vicky Kaushal will next appear in the Meghna Gulzar-directed Sam Bahadur as well as the comedies Govinda Naam Mera and The Great Indian Family by Vijay Krishna Acharya.

ZEE5 honours unsung heroes with the spy drama series “Mukhbir – The Story of a Spy.”