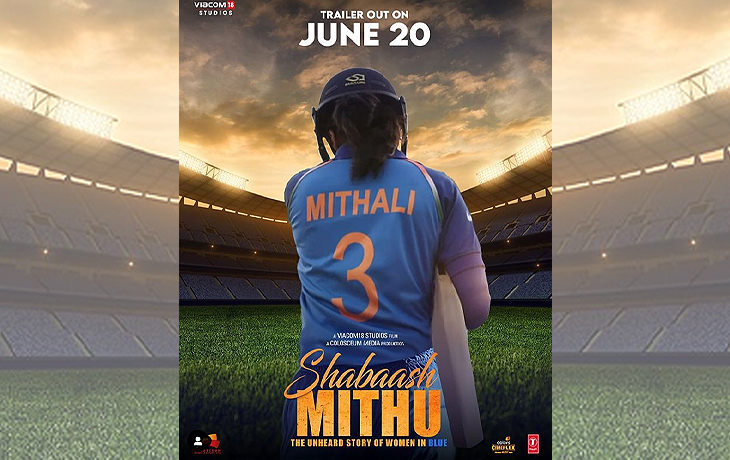 Ahead of the trailer launch, actress Taapsee Pannu unveils a teaser for Shabaash Mithu, a sports biopic based on Mithali Raj.

In the teaser, Taapsee Pannu as Mithali Raj, former Test and ODI captain of the women’s national cricket team, is seen getting ready to slay on the cricket field, with the crowd cheering her name. Mithali Raj led India to the 2017 Women’s Cricket World Cup finals.

Directed by Srijit Mukherji and written by Priya Aven, ‘Shabaash Mithu’ is based on the life of cricketing legend Mithali Raj, who redefined the game not only in India but globally too.

The film, based on her life, chronicles the events of her life’s journey in the world of women’s cricket. It presents her struggles and euphoric rise in women’s cricket.

The film also stars Vijay Raaz and Mumtaz Sorcar as Jhulan Goswami in the lead roles. The trailer for the film will be out on 20th June, and the film is slated for the 15th of July 2022 release.