Suhana Khan celebrates her 22nd birthday with a huge bash. 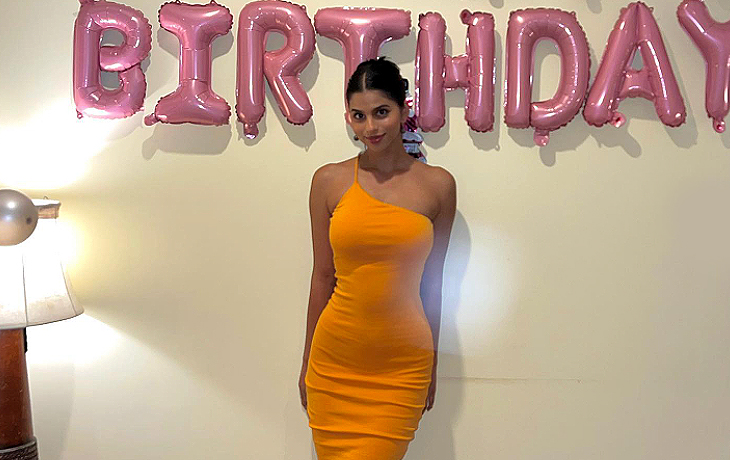 Shahrukh Khan’s daughter Suhana Khan started her Tuesday by uploading images from her birthday celebration in Ooty with Agastya Nanda, Khushi Kapoor, and other The Archies cast members. With glimpses of the party thrown on set, where Suhana was spotted clad in a gorgeous one-shoulder orange bodycon dress, the star kid left everyone wondering. Suhana tweeted a photo of the entire room being decorated with ‘happy birthday’ and colourful balloons. There were also flower bouquets for the birthday girl.

Suhana captioned the photographs with “22/22,” indicating that she turned 22 on May 22. In another photo, Khushi Kapoor and Yuvraj Menda were seen posing with Suhana at her birthday party. Khushi was photographed wearing a white sweater and a black skirt. The starlet appeared delighted to be celebrating her 22nd birthday while filming her debut film, The Archies, in Ooty.