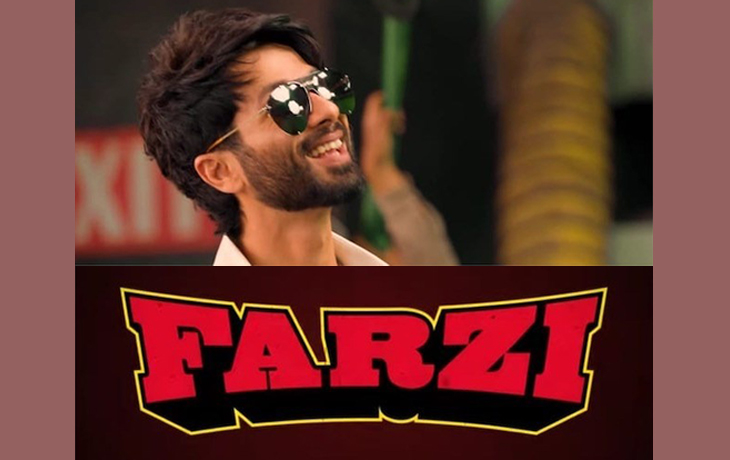 The actor Shahid Kapoor has released a pre-teaser for his upcoming debut series Farzi and revealed the official trailer release date for Raj and DK on Amazon Prime Video.

In the announcement video, a Shahid Kapoor impersonator can be seen filming for Farzi’s over-the-top trailer, which is styled after an actioner Hindi movie from the 1980s with cheesy VFX and comical action sequences. Shahid enters the scene and confronts the doppelganger, hanging from a harness with a green screen behind him, breaking up the phoney shoot. Shahid also announces the trailer’s release to the audience on January 13th.

The series is described as a fast-paced, edgy, one-of-a-kind thriller with an artist who is drawn into the murky high stakes of a con operation and a fiery task force officer on a mission to rid the nation of his threats.

Farzi, a fast-paced, gritty crime thriller with eight episodes, centres on a cunning street artist who wants to game the system to benefit the wealthy.