Salman Khan, Varun Dhawan, Karan Johar, Kriti Sanon And More To Be Part Of The 23rd Edition Of IIFA 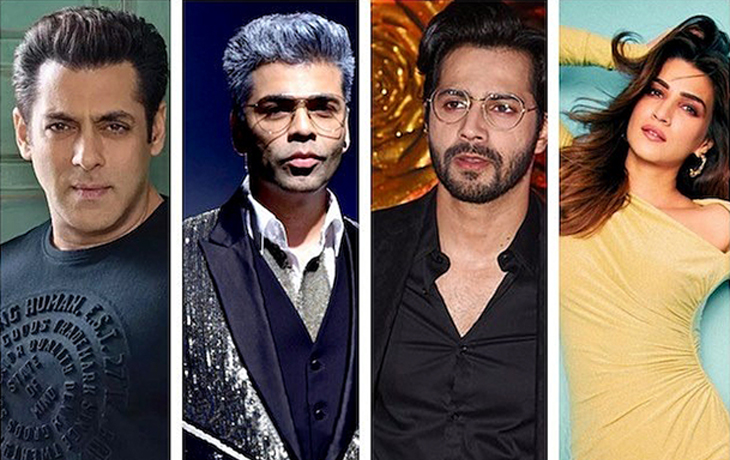 By popular demand, the International Indian Film Academy (IIFA) Weekend and Awards, which unite the greatest in the Indian film business, will return in February 2023 to win our hearts once more on Yas Island in Abu Dhabi.

The Department of Culture and Tourism – Abu Dhabi (DCT Abu Dhabi) and Miral, Abu Dhabi’s top producer of immersive locations and experiences, will collaborate to host IIFA in 2023.

The 22nd IIFA returned this year to Yas Island in Abu Dhabi, hosted by superstar Salman Khan, Riteish Deshmukh, and Maniesh Paul, and featured electrifying performances by the best in the Indian film industry. These three star-studded days left us in awe with packed theatres filled with fans worldwide. Over 350 media representatives from 17 different nations attended the three-day awards weekend, and over 20,000 people packed the arena.

The 23rd edition of IIFA will again be held in the world-class Etihad Arena, Yas Island, Abu Dhabi – the Middle East’s largest cutting-edge indoor entertainment facility – in February 2023 due to popular demand from stakeholders, fans, and media from around the world.

India and Abu Dhabi have had strong cultural and commercial ties for many years. Returning to Yas Island in Abu Dhabi, IIFA Weekend and Awards will celebrate unity and positivity while deepening, fortifying, and forging even deeper ties. International dignitaries, foreign media, movie buffs, and fans will congregate at IIFA 2023 for a significant celebration of the top actors and actresses in Indian cinema to give the destination a better chance to have a long-term impact on its tourism, economy, trade, and film industry.

“IIFA this year was an incredible experience owing to the wonderful partners Miral & DCT,” stated Noreen Khan, vice president of IIFA. Coming back after two years, we worked hard to deliver the very best of live entertainment again. The best part was the entire weekend gave a positive experience to everyone who witnessed or experienced the event in any way. We have been inundated with unprecedented appreciation and comments from everyone who genuinely have had a wonderful time this year in Abu Dhabi. So we are pleased and excited to bring it all back again but with much more magic to come next year”.

HE Saleh Mohamed Al-Geziry, Director General for Tourism at DCT Abu Dhabi, said: “We are honoured to once more welcome the IIFA Weekend & Awards to Etihad Arena. With the eyes of the world’s film industry upon us, we have an amazing opportunity to share Abu Dhabi’s exciting nightlife, inspiring cultural experiences, and vital escapes with the world. The Awards in February can only enhance our reputation as a global centre for top-tier leisure, entertainment, and business events.”

Taghrid Al Saeed, Executive Director of Group Communications and Destination Marketing of Miral, said, “We were thrilled to see the immediate impact that IIFA presented to Yas Island, Abu Dhabi when we hosted the event last June, which created great engagement around the world. We are excited to be back hosting again this year and to be the first destination to consecutively hold the IIFA Weekend and Awards. We are proud of this partnership, which is already delivering valuable business and tourism opportunities from India to the island. The return of this great event is another testament to Yas Island’s position as a global entertainment and leisure destination and an international events hub.”

“Grateful For The Blessings,” Says Richa Chadha And Ali Fazal