Popular
“Aditya Dhar, You’re The Biggest Blessing In Life,”...
Ajay Devgn And Varun Dhawan Praise Each Other...
Dhanush And Sekhar Kammula Collaborating For A Trilingual...
Exclusive Interview: Ravindra Parekh, a Writer, Poet and...
Tiger 3: Salmaan Khan to reunite with actress...
Tahira Kashyap States that she borrowed money from...
Kartik Aaryan Is Spooky In Freddy’s New Teaser
Mahesh Babu Pens A Heartfelt Note For His...
Ranbir and Alia disclose the name of their...
Anand L Rai on Akshay Kumar’s Raksha Bandhan’s...
Home Bollywood news Salman Khan And Katrina Kaif Announces The Release Date of ‘Tiger 3’ with a Unique Teaser.
Bollywood newsFeaturedFilms 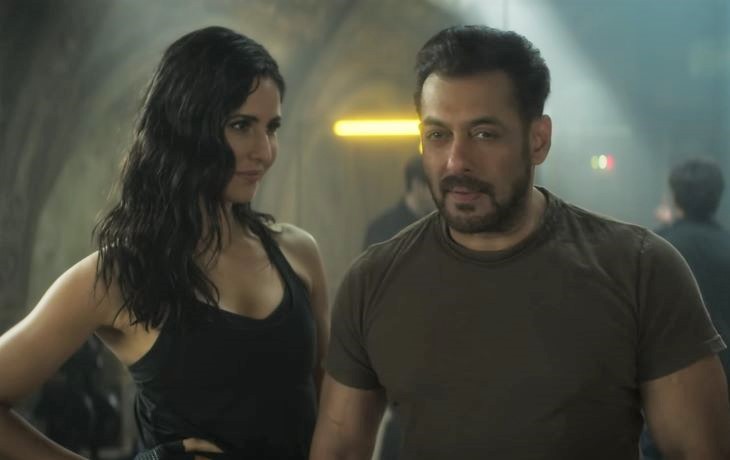 Salman Khan and Katrina Kaif starrer sequel Tiger 3 release date is out, and the stars have shared this announcement with a stylish-modern teaser. As per the tradition, generally, most of the Salman Khan films are released on Eid, and Tiger 3 is no exception. It is releasing on Eid next year, April 21, 2023. The film will be released in Hindi, Tamil, and Telugu.

Taking to his Twitter handle, the Big Boss host tweeted, “Hum sab apna apna khayal rakhen.. Tiger3 on 2023 Eid… let’s all be there ..Releasing in Hindi, Tamil and Telugu. Celebrate #Tiger3 with #YRF50 only at a big screen near you on 21st April 2023. #KatrinaKaif | #ManeeshSharma | @yrf| #Tiger3”.

The Unique teaser starts with Katrina Kaif in an action woman avatar performing some action stunts. She then goes towards someone sleeping with a blanket on and says, “Your turn. Ready?” Then Salman gets up and replies to her, “Tiger is always ready.”

Directed by Maneesh Sharma and produced by Aditya Chopra. Tiger 3 is the third film in the ‘Tiger’ franchise. The first instalment was Ek Tha Tiger, released in 2012, directed by Kabir Khan, and the second one was Ali Abbas Zafar’s directorial, Tiger Zinda Hai, released in 2017.