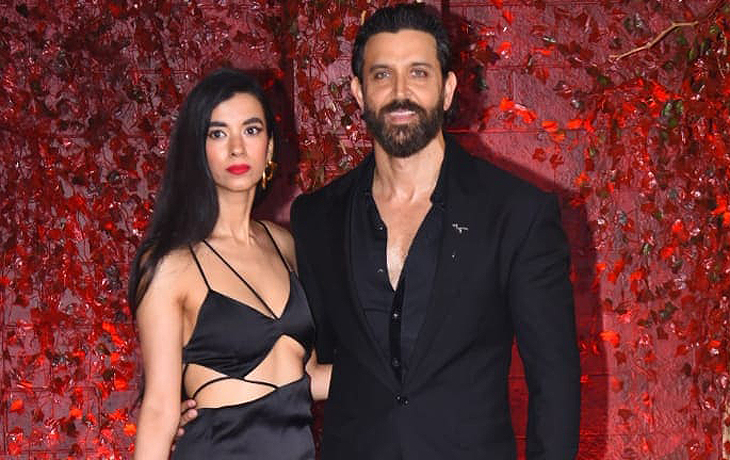 Beautiful pair Hrithik Roshan and Saba Azad have been in the news lately for their increasing closeness. The duo has been seeing one other for a while and is frequently spotted together. Indeed, as seen by their social media posts, Hrithik and Saba have been each other’s strongest supporters. Strangely, there have been rumours that the couple may wed shortly, which did have their followers quite happy. A new update indicates that Hrithik and Saba are not in a hurry to be married soon.

According to an article in India Today, “Hrithik Roshan and Saba Azad are in a happy relationship. They spend a lot of time together and are also seen going on holidays. Saba is on very cordial and good terms with Sussanne and has grown close to Hrithik’s kids. However, Saba and Hrithik are in no rush to get married. They take it each day as it comes. They are enjoying their time together right now. They are figuring out if they want to get married.”

Regarding the work front, Hrithik is developing many exciting films. In the movie Vikram Vedha, the Greek God of Bollywood will appear alongside Saif Ali Khan for the first time. The film is an official translation from Tamil to Hindi of the action-thriller neo-noir thriller Vikram Vedha, featuring R Madhavan and Vijay Sethupathi. This year’s September 30 release date for the movie. In Siddharth Anand’s Fighter, which will be released on September 28 next year, Hrithik will also make his cinematic debut alongside Deepika Padukone.