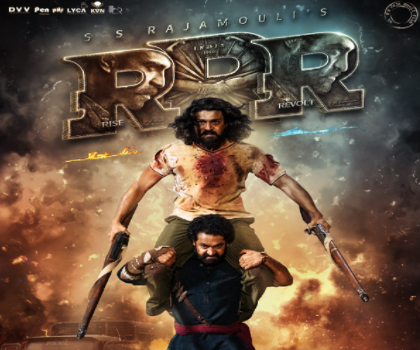 RRR, directed by S.S. Rajamouli, surpassed Rs. 900 crores globally on its twelfth day of release, becoming the fourth Indian film to do so. RRR has exceeded the 2015 blockbuster Bajrangi Bhaijaan to become the third-highest grossing Indian film worldwide, with an estimated gross of Rs. 913 crores as of Tuesday. Dangal and Baahubali: The Conclusion is the top two films, and it’s unlikely that RRR will ever catch up to them. RRR is only behind Baahubali 2 if only traditional markets are considered, omitting China, as Dangal did most of its business in the Middle Kingdom.

RRR’s local and international split was Rs. 726 crores ($24.50 million) and Rs. 187 crores ($24.50 million). It would invest additional Rs. 200 crores in India and Rs. 20 crores abroad, bringing the total business to roughly Rs. 1125-1150 crores. The film will be released in Japan later this year, and Rajamouli has carved up a niche there with his Baahubali films, adding to the total. A Chinese release is possible, but not likely given Baahubali 2’s lacklustre performance, but it may give the film bragging rights to a worldwide gross of Rs. 1200 crores.

Naga Chaitanya’s Next Film, NC22, Will Be A Bilingual Film Directed By Venkat Prabhu.