Review of The Gray Man 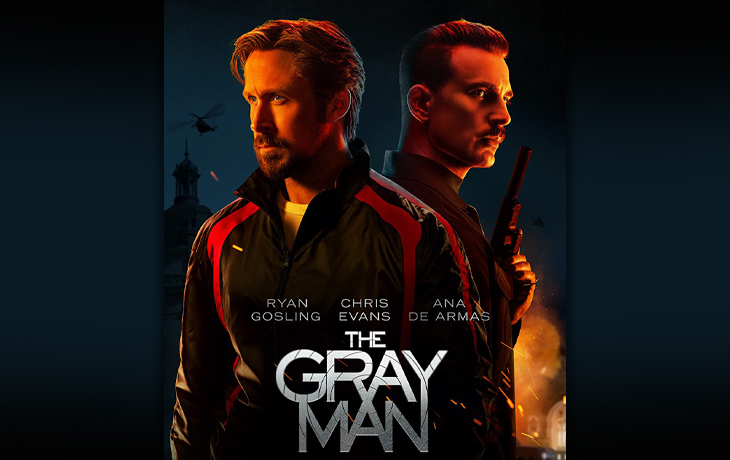 The Gray Man, a Netflix original after a brief theatrical run, will hold a unique appeal in India, particularly in Tamil Nadu, thanks to actor Dhanush. But in the two-hour movie, he only plays a minor part that lasts for approximately 15 minutes, and he only gives a wink, yet it leaves an impression.

The “Tamil friend,” as one character affectionately refers to him, has little to offer when Avik San, a hired assassin, tries to assassinate Ryan Gosling’s Sierra Six. Although the scene is action-packed, he has managed to land a job with a solid moral message: “Are you going to kill a girl?” he asks. Finally, he says, “I do not need the money. These are not good men,” and hands over the pen drive containing the damaging information against the CIA. I’m sure he must have received a deluge of congratulations from his fans. How did he develop these wise words (adapted from a book with the same name by Joe Russo, Christopher Markus, and Stephen McFeely)?

The Gray Man is not about Dhanush. Instead, it is about ruthless killing, double-crossing, and saving one’s skin, with Six becoming an inconvenience after discovering a deadly secret that will put many heads on the block. To catch Six, the Agency hires Chris Evans’ Lloyd Hansen. Some scenes portray Hansen as a virtual monster, a psychopathic killer who delights in hurting others. A kidnapping scenario involving a teenage girl who is being held hostage while having a pacemaker keeps her heart beating is thrown into the mix.

And that pretty well sums up the plot; the filmmakers could not have been ignorant that The Gray Man has elements of Jason Bourne, John Wick, and Shooter. I yawn again. Furthermore, Six might have nine lives, in contrast to the final James Bond film, No Time To Die, in which we learn that 007 (played by Daniel Craig) is mortal after all. It is dramatically signalling the end of an era.

Ana de Armas’ performances as a United Nations officer in Sergio and a family patriarch’s nurse in Knives Out were excellent (styled on an Agatha Christie work). Her outstanding performance arc, however, seems to have been hindered by her entry into fast-paced thrillers like No Time To Die and The Gray Man. She is sluggish like Ryan Gosling. Additionally, Rege-Jean Page, who was captivating in the Regency drama Bridgerton, plays the boss of the Agency but fades into the background partly due to a poorly written role.

In the end, The Gray Man is a flimsy piece of cinematic art that barely goes beyond gun battles and rounds of frantic fights that seem dreadfully jaded well before the halfway point.

Regarding Sanjay Dutt’s epic on-screen confrontation in Shamshera, Ranbir Kapoor said the following: Fireworks will be set off

Shamshera Twitter review: The Ranbir Kapoor-Sanjay Dutt starrer gets hailed as a hit by netizens