Shamshera Twitter review: The Ranbir Kapoor-Sanjay Dutt starrer gets hailed as a hit by netizens 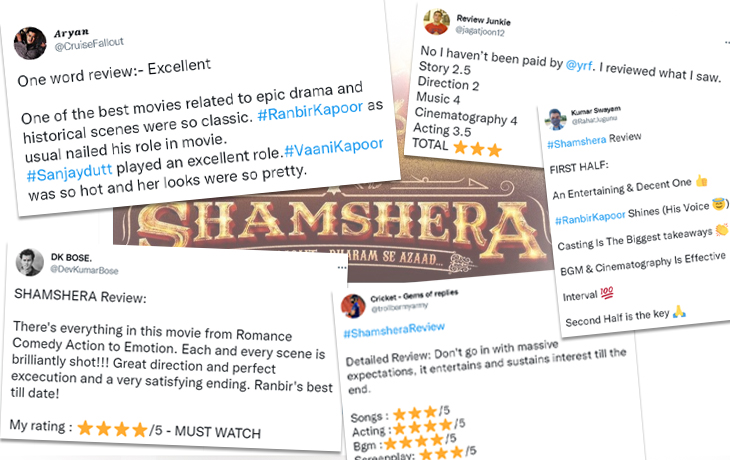 Shamshera has been one of the most awaited films of 2022 as it marks Ranbir Kapoor’s return to the screens after 4 long years. While RK fans are mighty excited, the movie also features Sanjay Dutt and Vaani Kapoor. The movie is now out in theatres and reviews have been pouring in.

While netizens believe that the movie has its moments, some also pointed out how it might feel a little lenghty. Nonetheless, what is widely believed is that it is a good watch and will keep you engaged.

Have a look at the Shamshera Twitter reviews here:

Shamshera is directed by Karan Malhotra and has been reportedly made on a huge budget of over Rs 150 crore. The YRF produced movie is a part of the production house’s #YRF50 campaign.

With Ranbir in a never before seen avatar, Sanjay being the perfect nemesis to him, the movie is most definitely going to keep you hooked and how!

Review of The Gray Man