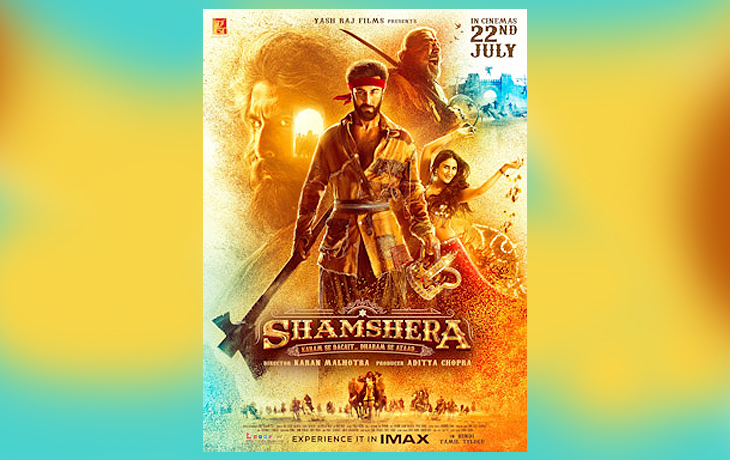 On Wednesday, the creators of Shamshera published a brand-new song days after releasing the movie’s trailer. The song, Ji Huzoor, has Ranbir Kapoor in an entertaining persona. Aditya Narayan sings the music, and Shadab Faridi contributes extra vocals. Mithoon wrote the song’s lyrics and created the composition, arrangement, and production.

We see Ranbir as one of his characters, Balli, dancing his heart out and forming relationships with children in the song. For the uninitiated, Ranbir will be portraying two characters in the movie. In contrast to the intense Shamshera, who the actor will be seen performing with a full beard and long hair, Balli is a lighthearted, wacky character.

We catch a peek at both of these people in the Shamshera trailer. The trailer showed all three main actors, Ranbir Kapoor, Sanjay Dutt, and Vaani Kapoor, in newly discovered characters.

Shamshera, a movie directed by Karan Malhotra, will appear in theatres on July 22. In the imaginary city of Kaza, where the story is set, a cruel dictator Daroga Shudh Singh, played by Sanjay Dutt, imprisons, enslaves, and tortures a warrior tribe. This is the tale of a guy who was sold into slavery, later rose to leadership positions and became a legend among his community.

Shamshera, an Aditya Chopra-produced film, will debut in Telugu, Tamil, and Hindi.