R Madhavan Gives His Best Performance Of His Career In The Movie Rocketry, And Shah Rukh Khan Excels In a Cameo 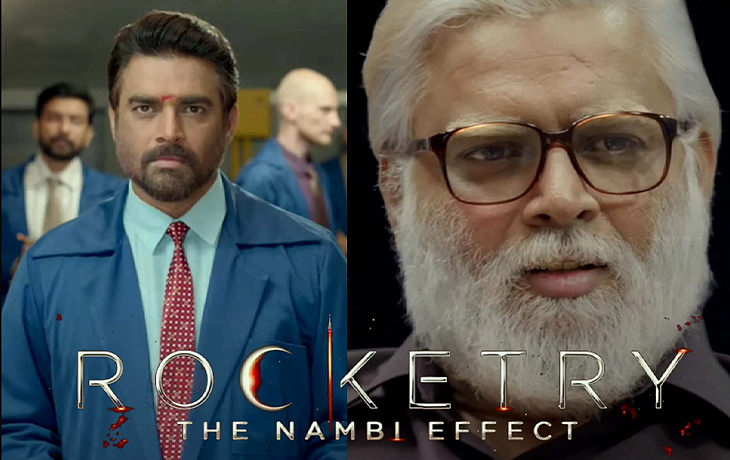 In recent years, rags to riches stories have become a common theme in biopics. Most motivational biopics conclude at the intermission in R Madhavan’s Rocketry: The Nambi Effect. This is the movie’s greatest triumph since Nambi Naryanan’s life narrative, and journey distinguishes it from every other biopic that has been produced to date. The film tells the story of how one of India’s finest minds suffers because of the petty politics in the nation, which not only harms the guy personally but also delays India’s Mars Mission by decades.

R. Madhavan approaches the subject with great honesty and stays genuine about Nambi Narayanan’s surroundings. His passion and efforts to make this story into a spectacle are evident in every shot of the movie. A genius approach was to have Shah Rukh Khan narrate the story while acting as the interviewer since his character changes as the narrative progresses. He highlights Nambi Narayanan’s achievements while also making us feel sorry for his downfall due to rumours of conspiracies. And therein is the most remarkable win. Although the team maintains loyalty to the plot, the first half is filled with scientific terminology, which sometimes makes it difficult to understand.

To understand all the issues surrounding solid and liquid fuels, one must be a scientist or a science graduate. One may identify with Nambi Narayanan’s brilliance and how it leads to a trip to NASA, but Madhavan hasn’t made the procedure simpler to appeal to a broader audience. He has probably chosen to narrate the story in that way. The hardships of family and friends are covered in the second half, which moves into the private realm. Although the pace slows down in this section, towards the film’s end, you are sorry for all that occurred to Mr Narayanan. It could have been slightly better if Madhavan had concentrated more on the plot’s background against the protagonist over the personal struggles in the second half.

Overall, Rocketry: The Nambi Effect is a well-made biopic that does an excellent job of capturing Nambi Narayanan’s life. Even though the script has some of the shortcomings mentioned above, you come away from the theatre with an appreciation for everything that the brilliant scientist had to endure.

Koffee With Karan Season 7 Now Will Stream On HULU