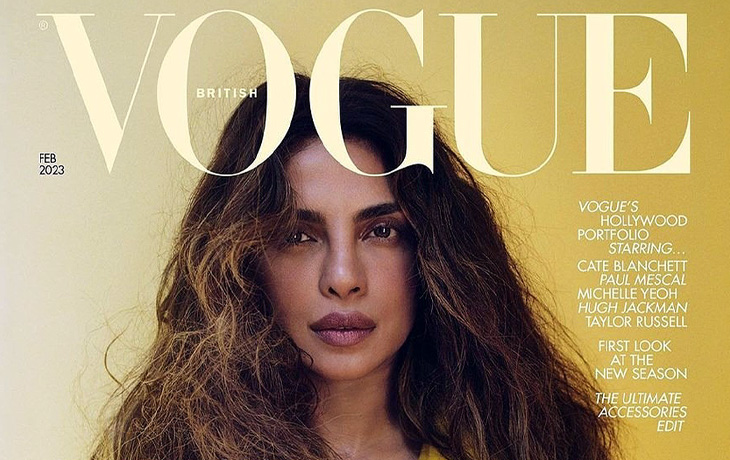 It’s Priyanka Chopra. Once again, Jonas makes us proud by becoming the only Indian actor to appear on the covers of over 40 international publications, the most recent being the cover of British Vogue.

Priyanka Chopra has made her fellow Indians and India proud in several ways since she first stepped foot in Hollywood. Today, Priyanka is the only actor in Indian film to have graced the covers of more than 40 foreign publications, and the number keeps growing. The British Vogue cover is the most recent addition to this. We can’t stop admiring how beautiful she is.

The transcontinental queen gained notoriety for hosting a private screening of S. S. Rajamouli’s Oscar-nominated film RRR for her fellow academy members in Los Angeles. The movie also won the prize for Best Original Song, and our Desi girl proudly, honourably, and with a big smile, shared it with her international audience.

The actress, who inspires people of all ages and genders, gained attention for kicking off her 2023 by meeting her fans, taking many pictures, and even having a brief, open chats at a recent beauty collaboration.

With the upcoming release of Jee Le Zaara, which also stars Katrina Kaif and Alia Bhatt, Chopra will make her Bollywood comeback.