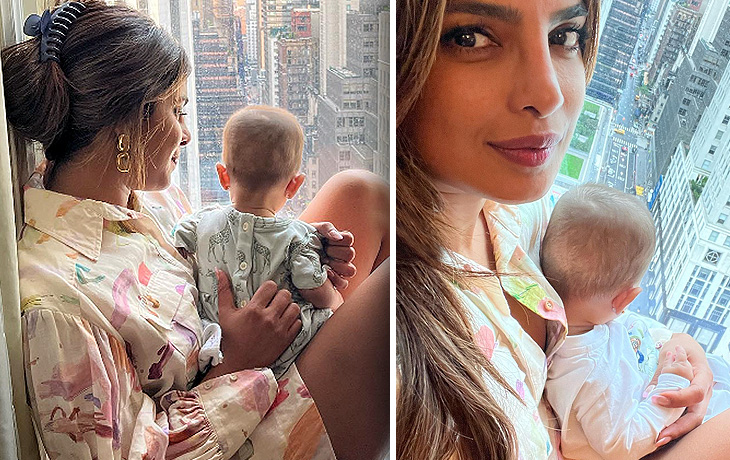 Priyanka Chopra, a well-known actress, is currently embracing her new phase as a mother. Malti Marie, the couple’s kid, was born via surrogacy in January 2022. In January 2022, the well-known actress and her famous actor-singer husband, Nick Jonas, welcomed their firstborn, Malti Marie, via surrogacy. She is a successful businesswoman, running an Indian restaurant in New York and the haircare brand Anomaly. In the meantime, Priyanka Chopra recently discussed her decision to choose surrogacy in an interview with Vogue.

Priyanka Chopra said in an interview with Vogue why she and her hubby Nick Jonas chose surrogacy to have their kid. “I had medical complications,” disclosed the well-known actress, who likes to keep the circumstances around the decisions they made private. Priyanka said, “This was a necessary step. And I’m so grateful that I was in a position where I could do this.” During her interview with Vogue, the actress talked openly about her surrogate. The actress said, “Our surrogate was so generous. She is kind, lovely, and funny, and she took care of this precious gift for us for six months.”

Priyanka Chopra asked why she did not want to discuss her surrogacy journey. “You don’t know me, and you don’t know what I’ve been through. And just because I don’t want to make my medical history, or my daughter’s, the public doesn’t give you the right to make up whatever the reasons were.”

Priyanka Chopra addressed the controversy around her surrogacy in her interview with Vogue. The actress said she doesn’t care what others think of her, but she also said she couldn’t take it when people target her small child. “I’ve developed a tough hide when people talk about me. But it is so painful when they talk about my daughter. I’m like, ‘Keep her out of it.’ I know what it felt like to hold her little hands when they were trying to find her veins. So no, she’s not going to be the gossip,” stated Priyanka. She added, “I have been protective of this chapter of my life with my daughter. Because it’s not about my life only. It’s hers too.”

While those unaware, Priyanka Chopra and Nick Jonas have been brutally criticised online by users and even some famous people for choosing surrogacy. The new mother was charged with “outsourcing” her pregnancy and even “renting” a womb to have a “ready-made” child. Even Priyanka Chopra’s intentions for choosing surrogacy were questioned by a well-known author, who suggested that the actress may not have the same parental tie to her daughter.