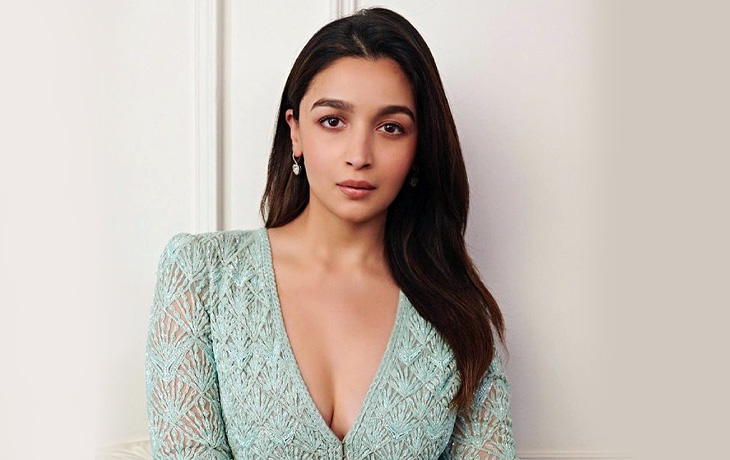 Raha Kapoor, the daughter of mom Alia Bhatt and actor-husband Ranbir Kapoor, was born in November last year. Alia recently shared “women struggling with their new appearance post-pregnancy” in a new interview. The actor spoke candidly about associating with new moms “who want to lose weight” after delivery. Also, discussing her weight loss after giving birth to Raha, Alia claimed that she had to do so because of the movies.

According to the actress, new mothers put “a lot of pressure on themselves” to return to a specific look. Alia Bhatt stated that after Raha was born on November 6, 2022, she “had to reduce weight” because movies “are a visual medium”, and she “had to look appealing.” In a recent interview, Alia acknowledged that she loves eating and discussed the pressures women experience because of social media in this day and age, “even before pregnancy.”

Alia said to ETimes, “I really want to talk about this. A lot of women struggle with their new appearance post-pregnancy. They tend to put a lot of pressure on themselves to return to looking a certain way. Everyone wants to lose weight, and I can relate to that. I love food, I love to eat, and I had to lose weight because films are a visual medium, and you need to look healthy. You have to look appealing. In today’s age, with every picture appearing on social media, girls are constantly worried about how they look, even before pregnancy. Women should take a moment to appreciate their bodies.”

Further discussing the need for new mothers to keep their bodies “safe,” Alia said that she exercises now to be healthy rather than to lose weight or trim down her waist. Alia stated, “It’s not just about getting back in shape, but building your immunity, and everything will follow. Now when I work out, I don’t do it to become thin or make my waist look smaller. I do it to be healthy. The idea is to be fit and not starve by following some unhealthy diet. I decided never to be hard on myself, even if there was extra bloating or chubbiness here and there. I will celebrate it, and I won’t torture myself…”

The actress also provided wellness advice for new mothers during the same interview, advising them to put effort into staying healthy by eating vegetables, including protein in daily diets, practising yoga, and going for walks and runs. Alia and Ranbir Kapoor were recently spotted outside their Mumbai building with their stroller-riding baby Raha, and Shaheen Bhatt, Alia’s sister, had also accompanied them.