Popular Hip-hop rapper ‘KING’ reveals the mystery around his name 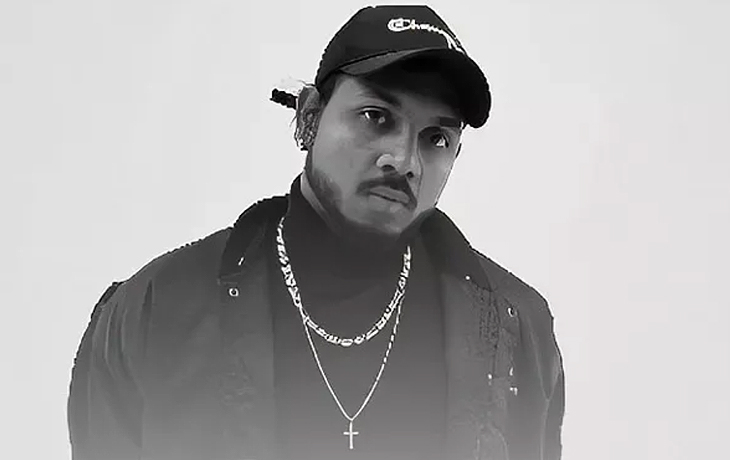 In a live session on Moj, KING talked about his musical journey and revealed details of his recent EP – Khwabeeda

In the recent past, we all have grooved to the soothing beats and warm lyrics of ‘Tu Aake Dekhle,’ but ever wondered why its singer Arpan Kumar Chandel goes by the name KING? On a 40-minute-long live session attended by 58K+ viewers on Moj, India’s number one short video app, Arpan revealed that he accidentally got introduced as KING on the popular show MTV Hustle. He had started a YouTube channel under the name ‘King Rocco,’ but there was some miscommunication, and his name was written as KING. He then realized that his surname Chandel is similar to that of a clan monarch, and on a personal level, he strives to emulate the behavior of a king through his art and demeanor.  He always desired a name that was simple to understand and pronounce in various languages, thus he chose ‘KING’.

During the live session, KING shed some light on his recent EP ‘Khwabeeda’, his superhit song – Tu Aake Dekhle, and his philosophy & motivation.

The success of ‘Tu Aake Dekhle’

Talking about the success of his song ‘Tu Aake Dekhle,’ KING shared that people appreciate his music because they can connect with it, feel the lyrics and hum the beats. KING’s journey was not easy, and his famous song ‘Tu Aake Dekhle’ got noticed only after 7-8 months of its release. But once the song gained momentum, the country started showering all their love on him. He is often complimented that “his songs are a complete vibe” that can be played at any setup, whether a party or a calm day at home.

His Philosophy and Motivation

Reminiscing about his earlier days, KING stated that it was critical for him to create music that was relatable to the general public across age groups, and that could be understood without subtitles. KING ended the live session by revealing the motivation mantra that had helped him succeed, “There are some rules that everyone has to abide by in their personal and professional lives, and these rules help you stay aligned and disciplined towards your goal.”