Pooja Hegde returns to work despite having a foot injury and says, “The show must go on.” 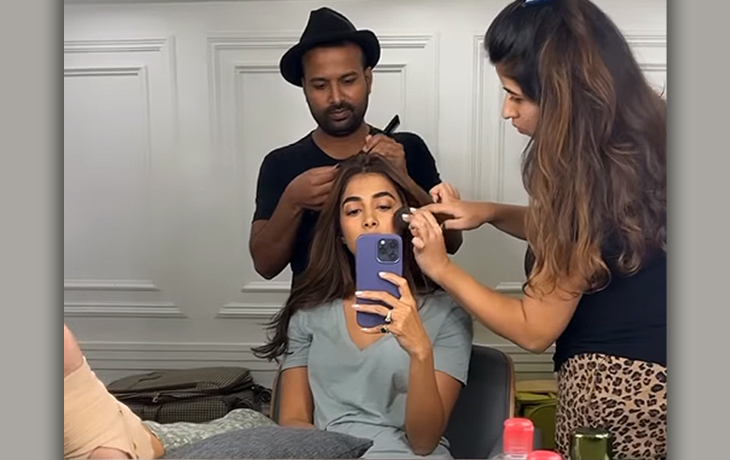 Recently, Pooja Hegde’s foot experienced a ligament injury. The diva has returned to the sets despite her injury and hasn’t taken a break from her work. She uploaded a video from her vanity while gearing up for the shoot on her Instagram account. The video’s caption read, “The show must go on.” She wrote on Instagram yesterday, “Ohkayyy then Ligament tear,” after posting a picture of her wounded foot covered in bandages.

The actress from Radhe Shyam is currently filming with Salman Khan for their upcoming Bollywood movie, Kisi Ka Bhai Kisi Ki Jaan. She also celebrated her 32nd birthday while working on the sets of a Hindi drama starring Venkatesh Daggubati and Salman Khan. The celebration’s sneak peeks hit the fans who adored the internet.

Pooja Hegde will also play the lead role in Mahesh Babu’s SSMB28. The film, directed by Trivikram Srinivas, is the two actors’ second collaboration. Previously, they appeared in the 2019 film Maharshi. Famous composer S Thaman created the drama’s unnamed score, and Navin Nooli is in charge of the editing. PS Vinod is also head of the cinematography division. The creators have already completed the film’s primary schedule, which is supported by S. Radha Krishna and working under the leadership of Haarika and Hassine Creations.