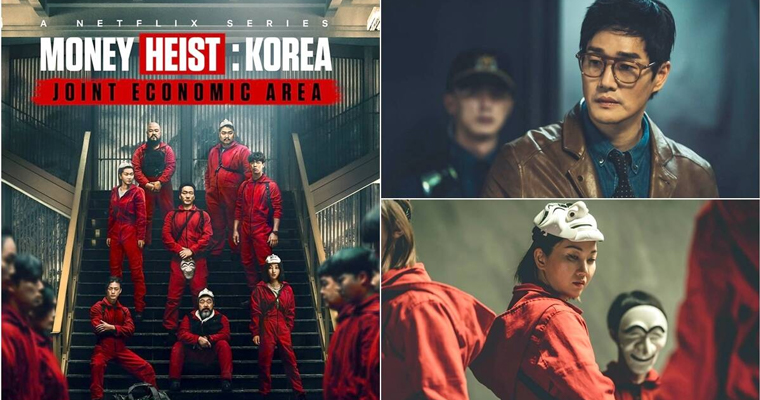 We learned great information from a press conference on Netflix for the upcoming drama “Money Heist: Korea”!

We learned some intriguing details about the characters, settings, and other aspects of the much-anticipated “Money Heist: Korea – Join Economic Area” when Netflix held its global press conference on June 22. The cast members introduced themselves and discussed their characters at the start of the meeting.

Yoo Ji Tae claimed that since he is used to playing evil characters, he will be playing a morally ambiguous character for the first time. This character is the mastermind of the heist but works hard to ensure there are no casualties and would instead use brains than brute force. Since he wasn’t physically there in the sequences with his colleagues and the Professor had a lone wolf mentality, he also experienced loneliness while filming.

Fans are thrilled to see Park Hae Soo back on television as Berlin since they consider him the team’s in-game leader. As the “representative of Netflix” (having participated in two other Netflix Originals in addition to “Money Heist”), Park Hae Soo discussed his experience mastering the North Korean accent for his role. The actors who played Tokyo, Nairobi, Helsinki, and Oslo will be played by Jeon Jong Seo, Jang Yoon Ju, Kim Ji Hoon, and Lee Gyu Ho.

The ensemble had incredible chemistry, especially with Lee Won Jung and Kim Ji Hoon. They performed the father and son roles in the drama Moscow and Denver, respectively. They claimed that while they continually looked out for one another during challenging moments and Kim Ji Hoon even started referring to Lee Won Jung as “father” off-screen, they began to feel the relationship in real life.

People Wants To See Me Naked, But I Ain’t Going To Do It, Says Urfi Javed