“Nupur Sharma Is Entitled To Her Opinions,” Says Kangana Ranaut 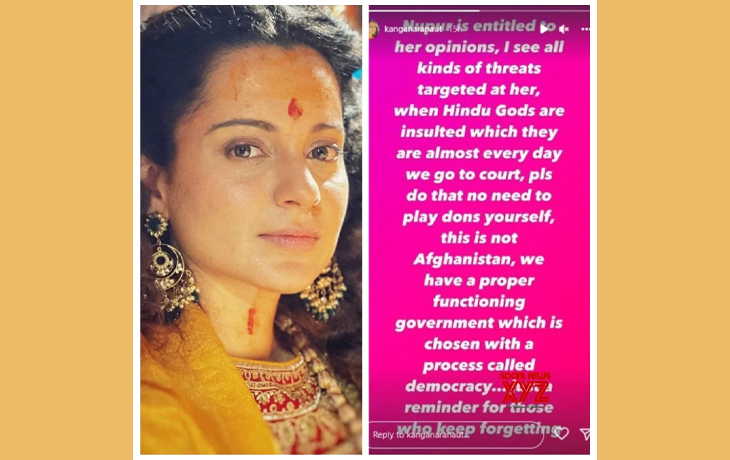 In a post on her social media, Kangana Ranaut claimed that Nupur is entitled to her opinions. After international pressure, BJP suspended Nupur Sharma over her controversial remarks on Prophet Mohammad.

Taking to her Instagram Story, Kangana also condemned death threats against Sharma and urged people to take the legal route if they wanted her to be held responsible for the comments she made during a TV debate nearly 10 days ago.

The note read, “Nupur is entitled to her opinions, I see all kinds of threats targeted at her, when Hindu Gods are insulted which they are almost every day we go to court, pls do that no need to play dons yourself”

“This is not Afghanistan, we have a proper functioning government which is chosen with a process called democracy… Just a reminder for those who keep forgetting,” she added.

Kangana’s views on the matter came hours after Delhi Police provided security to Nupur Sharma and her family after the latter alleged that she has been receiving death threats and was being harassed over her remarks. Meanwhile, on the work front, Kangana Ranaut was last seen in the action-drama Dhaakad, which bombed at the box office. Next, she has lined up Tejas, Emergency, and Manikarnika 2 for release. She is also producing Sheru Weds Tiku, her maiden production.