Popular
“Aditya Dhar, You’re The Biggest Blessing In Life,”...
Ajay Devgn And Varun Dhawan Praise Each Other...
Dhanush And Sekhar Kammula Collaborating For A Trilingual...
Exclusive Interview: Ravindra Parekh, a Writer, Poet and...
Tiger 3: Salmaan Khan to reunite with actress...
Tahira Kashyap States that she borrowed money from...
Kartik Aaryan Is Spooky In Freddy’s New Teaser
Mahesh Babu Pens A Heartfelt Note For His...
Ranbir and Alia disclose the name of their...
Anand L Rai on Akshay Kumar’s Raksha Bandhan’s...
Home Bollywood news Nick Jonas says becoming a parent with Priyanka Chopra has changed his life, and Malti Marie is “amazing”.
Bollywood newsFeatured 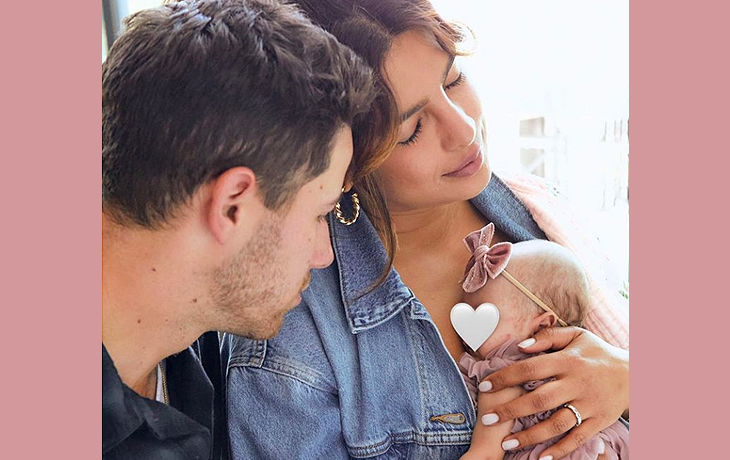 Malti Marie Chopra Jonas, a daughter, was born to Nick Jonas and Priyanka Chopra earlier this year via surrogate. The baby’s parents are delighted with her arrival, and they just celebrated her return home after she spent 100 days in the NICU. Nick discussed his experience being a parent in a recent interview.

The Jonas Brothers singer opened up to Entertainment Tonight’s Kevin Frazier about accepting fatherhood and what parenting has been like during his visit to the ACC Golf Championship. As he discussed parenthood’s impact and how his daughter’s birth had changed things in his life, Nick stated, “It is certainly life-changing.”

Additionally, Jonas discussed the health of his and Chopra’s daughter after she was discharged from the NICU and stated,”[Malti] is amazing, and it brings me a lot of joy.”He went on to say, “All is good.” Nick has expressed his love for his infant daughter many times before. She hasn’t been exposed to the Jonas Brothers’ music, he has said, and he sings her classic songs.

Meanwhile, Priyanka Chopra recently shared a fresh image of their daughter while posing with her close friend Tamanna Dutt on Instagram. The actress was spotted posing with her daughter and a friend at a beautiful location as they enjoyed some time outdoors. Chopra stood alongside her closest friend and godson while covering her infant’s face with a heart emoji.