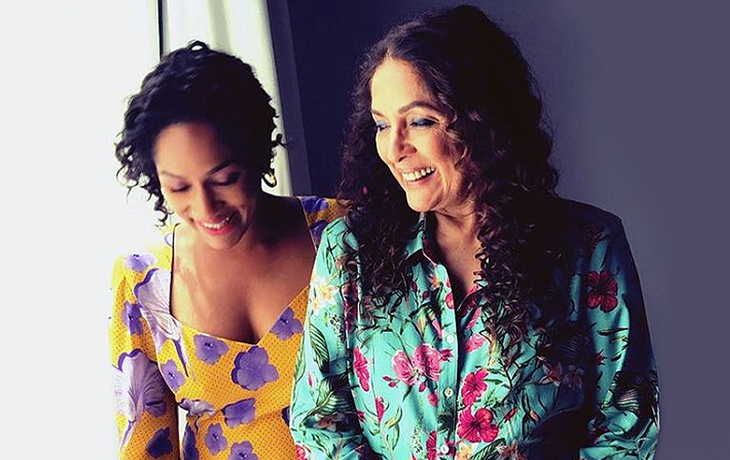 Actress Neena Gupta responded to a query about people referring to her as a rebel by calling herself a “chuha (mouse)” instead. In a recent interview, Neena claimed that people began calling her “brave” “just because” she had a child without marriage. She also joked about a headline that might appear after her death. She added that she didn’t lead a life entirely on her terms.

Masaba Gupta was born out of wedlock in 1988 to Neena and former West Indies cricketer Viv Richards. Throughout their entire lives, Neena and Viv have lived separately, and Neena was wedded to Vivek Mehra in 2008. Actor Satyadeep Misra is dating her daughter Masaba, a fashion designer and actor.

Neena stated in a conversation with Brut India, “I’m not a rebel. I’m a chuha (mouse). I’m not unconventional. I’m the most conventional person right now. I had a baby out of wedlock, which millions of women have in India and out. But the media made me into, ‘Ah, brave’. After my death, the headline will come, ‘Neena Gupta, who lived life on her own terms, passes away’. I did not.”

Neena continued by describing how her parents reacted when she expressed a desire to pursue a career in acting, “They were against it. My mother was a double MA herself at that time, and she used to look down upon Hindi films and would only go to international film festivals and see English films. And when I said [I wanted to act], she like died. She said, ‘No way’.”

Neena described Masaba’s birth year as very weird because there was a lot of happiness and unhappiness. Although she was overjoyed to have Masaba, she claimed that the ‘whole media and everybody, they made my life miserable’.

Neena last appeared in the suspenseful psychological film Vadh. In this movie, Sanjay Mishra, best known for his comedic roles, played a serious role. The film, penned and directed by Rajeev Barnwal and Jaspal Singh Sandhu, made its theatrical debut on December 9, 2022. The movie is produced by J Studios and Next Level Productions and is presented by Luv Ranjan and Ankur Garg of Luv Films.

Orchestra Mysuru Trailer Is Out Now