“My Father Had Sleepless Nights About My Acting Career,” Says Taapsee Pannu 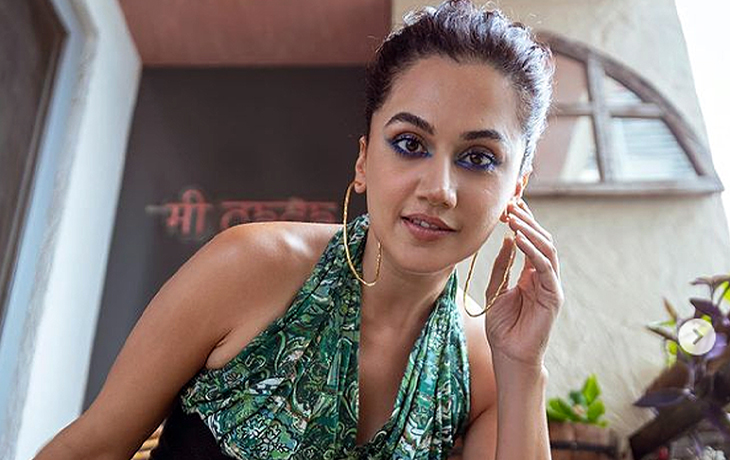 Actress Taapsee Pannu came from a non-filmmaking family and was enrolled in school when she decided to pursue the entertainment industry. Hopefully, everything worked out for her, but not before her parents were concerned about her choice.

At a nearby campus, Taapsee Pannu, Anurag Kashyap, and actor Pavail Gulati were promoting the movie Dobaaraa.

Taapsee Pannu told an uplifting narrative about her battle with students who wanted to continue acting but didn’t receive the necessary encouragement from others during her interactive session.

She said, “My father had many sleepless nights. I was doing my studies, and out of the blue, I wanted to be an actor, and my father didn’t quite understand it. My parents had a difficult time accepting that I wanted to quit my studies and pursue acting. All I did was ask them for a finite time. I asked for a year and saw if it was workable for me or not, as I could have to go back anytime and complete my studies.”

“So I made this pact with my folks, which allowed me to take one year off from my own life and let me do what I wanted to do, and if that didn’t work out, I would return and do what my folks would ask me to do, and it worked for me” added Pannu.

Taapsee Pannu began her acting career in Telugu and Tamil films. In 2013, Chashme Baddoor marked her Hindi film debut, and the rest is history.

The audience has reacted favourably to Taapsee’s newest film, Dobaaraa, which has premiered at some of the most prominent film festivals, including the London Film Festival and Fantasia Film Festival 2022.

The movie, helmed by Anurag Kashyap and produced by Ekta Kapoor, is scheduled to open in theatres on August 19, 2022.

Anurag Kashyap claims that if someone criticizes him for doing something inappropriate, it “bothers” him.

The Stranger In Our Bed Trailer Is Out