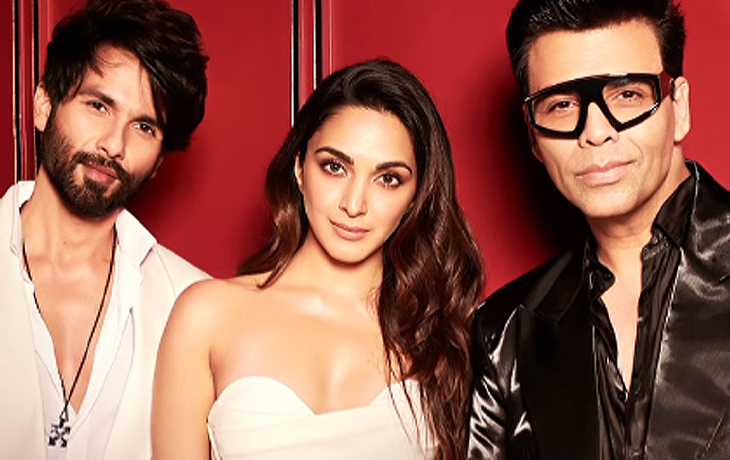 Shahid Kapoor is one of the actors in the Indian film industry who is highly admired. He has spent about 20 years working in the film industry. With her most recent theatrical productions, JugJugg Jeeyo and Bhool Bhulaiyaa 2, Kiara Advani, a renowned A-list actress, is enjoying great success. The biggest hit of 2019, Kabir Singh, starred Shahid Kapoor and Kiara Advani as Kabir and Preeti, respectively. The two had sizzling chemistry on-screen; the same is true of their relationship off-screen. The couple appeared on the controversial gossip program Koffee With Karan, and social media is already talking about it.

The change in audience consumption habits and the change in Cinema, in general, were two of the numerous aspects discussed in the show. The actor and director made crucial points when discussing why Shahid’s most recent movie didn’t do as well as it should have. Says Shahid, “Cinema has also changed. The kind of movies we thought would make it to the big screens; certain individual stories; It might be personal, or it might not be for the big screen experience visually; We need to think if we need to take it to theatres.”

Even Karan Johar acknowledged that not all movies are successful and that only a select group of performers and their productions have performed well at the box office. He said, “This year, we have not had a good run barring Kiara, Alia and Kartik. Everyone else has met with a film that hasn’t met expectations. Sometimes you do things, and they are for a larger reason.”

In his final words, Shahid said that few things go beyond actors and movies. He said, “We can make plans, all we want. Just go out there, do good work, do as many movies as you can, and make many choices because life will change, the circumstances will change, the audience’s mood will change, and you never know which one will land which one is not. Kiara’s timing for Bhool Bhulaiyaa 2 was great. People were in a mood for something light, fun, and entertaining, and her film came out, and people loved it.”