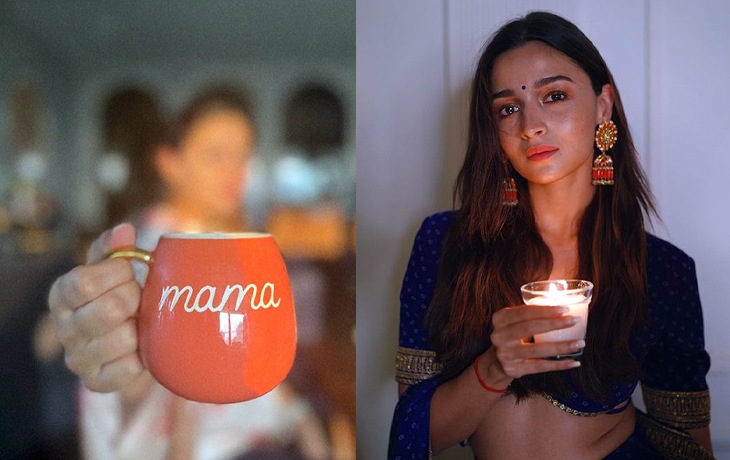 The birth of Alia Bhatt’s first child with Ranbir Kapoor on November 6, 2022, made her the newest mother in B-Town. In April this year, the actress married Ranbir at their home in Vastu, along with a few family members and close friends. The couple dated for over five years before getting married. Everyone was shocked when Alia unexpectedly announced her pregnancy in June on her account on social media alongside a picture of Ranbir.

Alia recently posted her first photo on social media following the birth of her kid, and it is just too cute to express. The Gangubai Kathiwadi actress posted a blurred image on her Instagram account showing her holding an orange cup with the word “Mama” inscribed. “It Me” was Alia’s caption for the picture, and she also included a yellow heart emoji. She is seen in this picture at her Vastu house in Mumbai.

Moments after, viewers posted heart emojis in the comments section. She was named “prettiest mama ever.” One more user said, “Baby mama!! Hope she’s healthy and happy.” Another user stated, “Please show us the Baby pic we want to see,” Yet another user said, “Awww, you, Ranbir and the baby, take care. All the best for this new chapter, and show your face.”

The Raazi actress posted a message on her social media account on Sunday announcing the birth of her and Ranbir’s daughter. The note said, “And in the best news of our lives:- Our baby is here…and what a magical girl she is. We are officially bursting with love – blessed and obsessed Parents! Love, love, love Alia and Ranbir.”

Recently, viewers saw Alia and Ranbir with each other in Brahmastra: Part One- Shiva, which received overwhelmingly positive reviews. The movie, which also featured Mouni Roy, Amitabh Bachchan, Shah Rukh Khan, and Nagarjuna Akkineni, was released on September 9, 2022. After topping the box office, the movie was made available on OTT.

While on the work front, Alia will be featured in Karan Johar’s Rocky Aur Rani Ki Prem Kahani with Dharmendra, Ranveer Singh, Shabana Azmi, and Jaya Bachchan. Heart Of Stone, which stars Jamie Dornan and Gal Gadot, will mark her Hollywood debut. Together with Katrina Kaif and Priyanka Chopra, she will also feature in Farhan Akhtar’s Jee Le Zara.