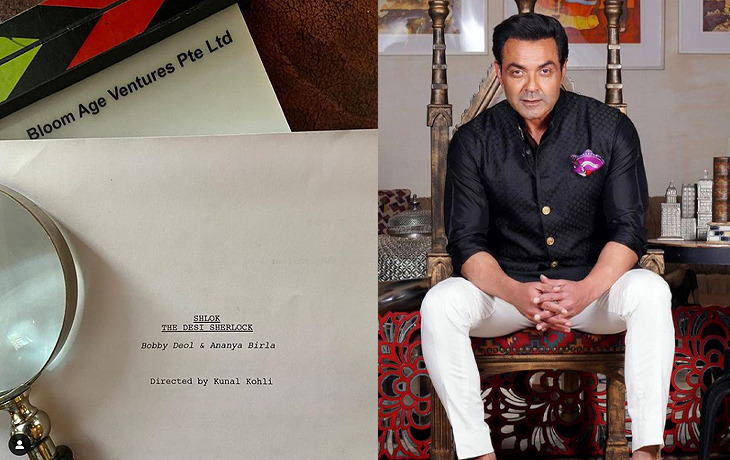 One of Cinema’s most brilliant actors is Bobby Deol. He has contributed to films like Soldier, Badal, Race 3, Gupt: The Hidden Truth, and others. Due to his variety and back-to-back ventures, he has been making his admirers go crazy over him, and Netizens refer to it as his 2.0 version. The actor’s final appearance was in Aashram 3, and everyone praised his performance.

In connection with that, Bobby Deol is prepared for his next project, “Shlok- The Desi Sherlock.” The new movie was revealed by director Kunal Kohli on Wednesday. He posted a glimpse of it on Instagram. Ananya Birla and Bobby Deol co-star in the film. She is the daughter of Neerja Birla, an advocate for mental health and education, and Kumar Mangalam Birla, the chairman of the Aditya Birla Group. Kunal Kohli wrote in the post when he shared it, “Starting my next film today. Need your love & blessings.”

During an interview with Siddharth Kannan, Bobby Deol discussed the value of education for anyone aspiring to a career in Bollywood. Bobby believes that if their career in the entertainment industry does not succeed, then at least they have their degree to pursue other opportunities. Bobby says his son is studying business management and wants him to finish his education before becoming an actor because he understands what it’s like to be a star’s son.