Popular
“Aditya Dhar, You’re The Biggest Blessing In Life,”...
Ajay Devgn And Varun Dhawan Praise Each Other...
Dhanush And Sekhar Kammula Collaborating For A Trilingual...
Exclusive Interview: Ravindra Parekh, a Writer, Poet and...
Tiger 3: Salmaan Khan to reunite with actress...
Tahira Kashyap States that she borrowed money from...
Kartik Aaryan Is Spooky In Freddy’s New Teaser
Mahesh Babu Pens A Heartfelt Note For His...
Ranbir and Alia disclose the name of their...
Anand L Rai on Akshay Kumar’s Raksha Bandhan’s...
Home Bollywood news Protests are held against Ranbir Kapoor and Alia Bhatt in Ujjain before the release of Brahmastra
Bollywood newsNews 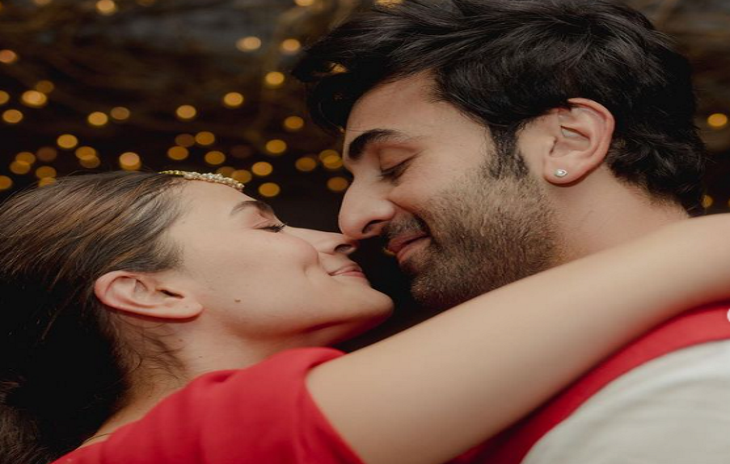 Unquestionably one of the most anticipated Indian movies is Brahmastra. In 2012, while filming Yeh Jawani Hai Deewani in the snow mountains, director Ayan Mukerji had the concept for Brahmastra. The director has been working on the project for about ten years, and that only includes the trilogy’s first chapter. In addition to being the most ambitious film ever filmed in India, It is the most expensive movie ever produced in the nation. The film will debut on about 8000 screens, which is the best for a Hindi film ever. As the movie prepares for its premiere in less than two days, bookings are in full swing and tickets are sold like hotcakes.

Early morning, Ranbir Kapoor, Alia Bhatt, and Ayan Mukerji departed for Ujjain to offer prayers at the Mahakaleshwar Temple. They had no clue they would be greeted by protesters determined to prevent the release of the mythological epic. The protesters made a scene with black flags as they reached the Mahakaleshwar temple. The local cops took command and controlled the situation. Whether Ranbir, Alia, and Ayan went to the temple or not is still unknown. It is not a good sign when opposing forces create obstacles just before a film’s release, such as a picture that has been developing for almost ten years. Negativity on social media has progressively seeped down to the ground level.

The global premiere of Brahmastra Part 1: Shiva is scheduled for September 9; however, it will have Thursday night previews in several locations outside of India before that day. Ranbir Kapoor, Alia Bhatt, Nagarjuna Akkineni, Amitabh Bachchan, Mouni Roy, and Shah Rukh Khan make appearances in this ambitious movie directed by Ayan Mukerji. Brahmastra’s creators gathered in the Mumbai suburbs Friday to witness the movie’s final draft.