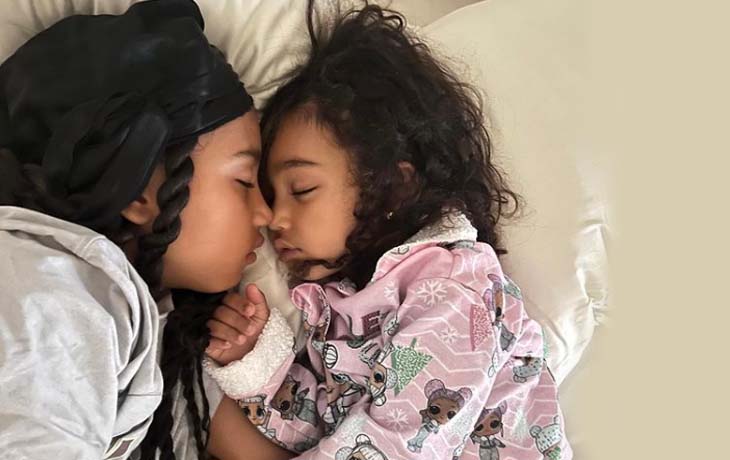 Kim Kardashian is a devoted mother to her four children and never misses an occasion to highlight their cutest qualities. Kim included a nice photo of her children, North and Chicago, dozing down nose-to-nose in a recent Instagram post. As she posted the picture in her latest post, the founder of SKIMS gushed about her daughters.

Kardashian recently wrote in her latest post that, “Woke up this morning to see my girls asleep in my bed like this! Nothing better!” Kim’s new post featuring her oldest daughter North comes days after she recently gave a glimpse of her 9th birthday celebration, for which Kardashian took her daughter and their friends on a camping adventure in Wyoming.

Kim, who has been dating Pete Davidson since October last year, talked about when she decided to tell her children about him and how she waited six months before doing the same. It was earlier reported that Davidson has been spending more time with her children and that she has been seen socialising with her son Saint West.

Deepika Padukone attends an NRI event in the US, and Ranveer Singh flaunts his Konkani language skills

As “sherni” prepares to embark on her new voyage for Aarya season 3, Sushmita Sen gets ready.