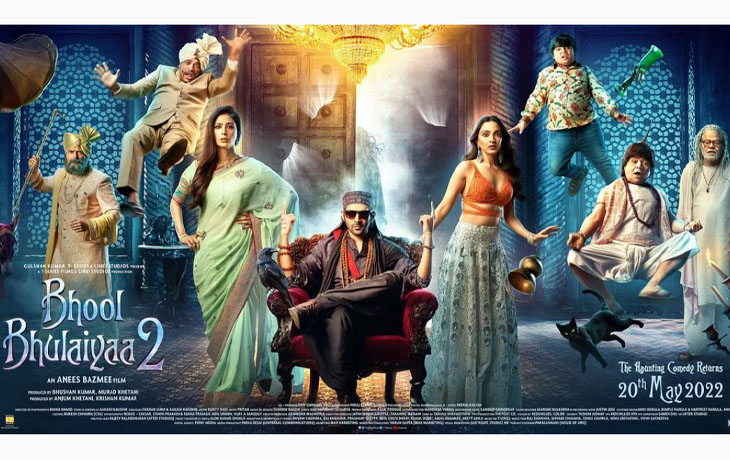 Fans of Kartik Aaryan and Kiara Advani were in for a treat today. After all, today is the debut of the teaser for their much-anticipated horror-comedy Bhool Bhulaiyaa 2. While the anticipation for the film is high, Kiara has taken to social media with a new poster for Bhool Bhulaiyaa, which she uploaded two hours before the trailer’s release. Apart from Kartik and Kiara, Tabu will also play a significant role in the film.

Kiara captioned the post, “It’s almost time for the haunted haveli to re-open its doors! #BhoolBhulaiyaa2 trailer premiering at 1 PM! Watch the family entertainer, releasing in cinemas on 20th May 2022!”

Bhool Bhulaiyaa 2 is a sequel to the film Bhool Bhulaiyaa which starred Akshay Kumar and Vidya Balan. The first part was quite a hit, and hence it is going to be very exciting to see the 2nd part of it