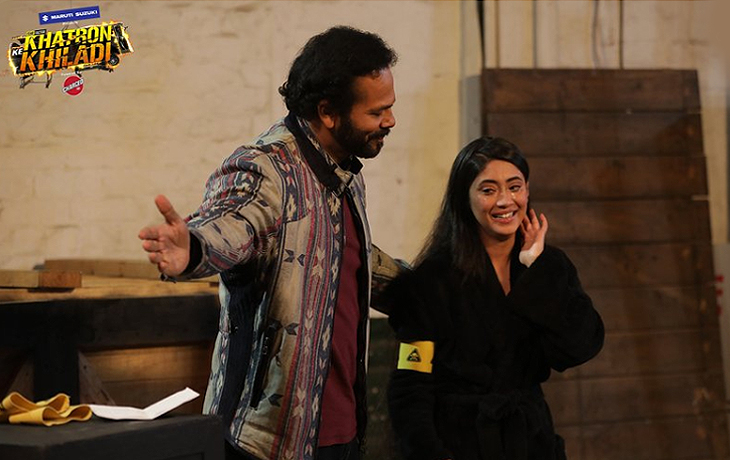 There is a lot of commotion coming from Khatron Ke Khiladi 12. The stunt-based show with Rohit Shetty as the host is in the midst of its twelfth season. The tasks and equations the competitors must solve are more intriguing with each new episode. The most recent performance promotion features Rubina Dilaik and Kanika Mann engaged in combat. The Guddan Tumse Na Ho Payega actress was accused of cheating by the Shakti Astitva Ke Ehsaas Ki actress. Everyone is shocked, especially Rohit Shetty.

In the teaser, Rubina Dilaik tells Rohit Shetty that Kanika Mann used a phone that was not hers for about 15 minutes. She claimed that when she checked the phone’s search history, Kanika had looked up topics like “How to Tame an Ostrich,” “What to do with Ostrich feathers,” and more. As a result, she begins to cheat, which is unreasonable of her to do. All of Rubina Dilaik’s accusations are refuted by Kanika Mann. The latter says, ‘Phone par agar search history khuli na, it will be embarrassing for you.’

Check out the video: