Popular
“Aditya Dhar, You’re The Biggest Blessing In Life,”...
Ajay Devgn And Varun Dhawan Praise Each Other...
Dhanush And Sekhar Kammula Collaborating For A Trilingual...
Exclusive Interview: Ravindra Parekh, a Writer, Poet and...
Tiger 3: Salmaan Khan to reunite with actress...
Tahira Kashyap States that she borrowed money from...
Kartik Aaryan Is Spooky In Freddy’s New Teaser
Mahesh Babu Pens A Heartfelt Note For His...
Ranbir and Alia disclose the name of their...
Anand L Rai on Akshay Kumar’s Raksha Bandhan’s...
Home Tollywood Keerthy Suresh’s enthusiasm for Vijay’s film demonstrates that she is a fangirl as she dances to Arabic Kuthu.
Tollywood

Keerthy Suresh’s enthusiasm for Vijay’s film demonstrates that she is a fangirl as she dances to Arabic Kuthu. 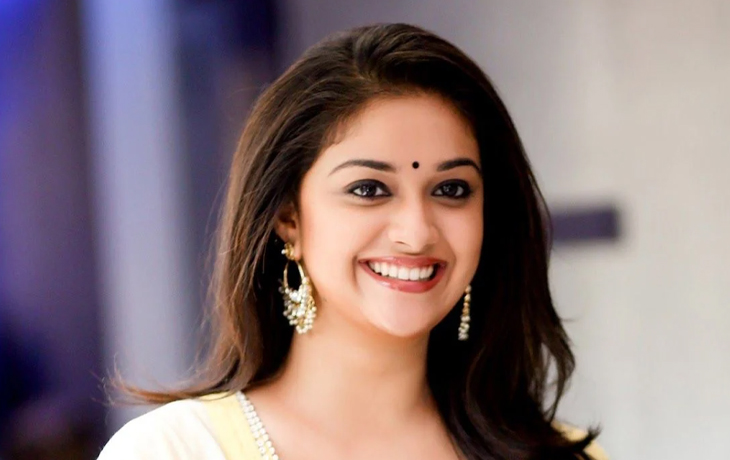 Beast, directed by Thalapathy Vijay, opened in theatres today, and guess who’s excited? It’s none other than Keerthy Suresh, his biggest fan and actor. Yes, the beauty watched the morning programme in Chennai with her pals, and her joy at seeing her favourite star demonstrates that she is a true fangirl who is just like us.

Keerthy Suresh came to Instagram to upload a video of herself expressing her enthusiasm at seeing Vijay’s Beast in theatres. Her joy as she walked into the theatre to see the film reveals she is a true fangirl with nothing to hide. She can also be seen dancing to Arabic Kuthu, which sets the tone for the storm on the big screen. The actress saw the film early in the morning and shared photos from the theatres on social media.

Keerthy Suresh has expressed her appreciation for Vijay on numerous occasions, from performing a musical homage on his birthday to grooving to his songs. Even for Beast, she recently took up the popular Arabic Kuthu challenge and executed the song’s hook step.

Hailey Bieber responds to a viral TikTok video suggesting her and Justin Bieber’s marriage is “on the rocks.”

Pranitha Subhash shows off her baby belly for the first time since announcing her pregnancy.