Popular
“Aditya Dhar, You’re The Biggest Blessing In Life,”...
Ajay Devgn And Varun Dhawan Praise Each Other...
Dhanush And Sekhar Kammula Collaborating For A Trilingual...
Exclusive Interview: Ravindra Parekh, a Writer, Poet and...
Tiger 3: Salmaan Khan to reunite with actress...
Tahira Kashyap States that she borrowed money from...
Kartik Aaryan Is Spooky In Freddy’s New Teaser
Mahesh Babu Pens A Heartfelt Note For His...
Ranbir and Alia disclose the name of their...
Anand L Rai on Akshay Kumar’s Raksha Bandhan’s...
Home Bollywood news Katrina claims she is precisely the opposite of her husband, Vicky Kaushal
Bollywood news

Katrina claims she is precisely the opposite of her husband, Vicky Kaushal 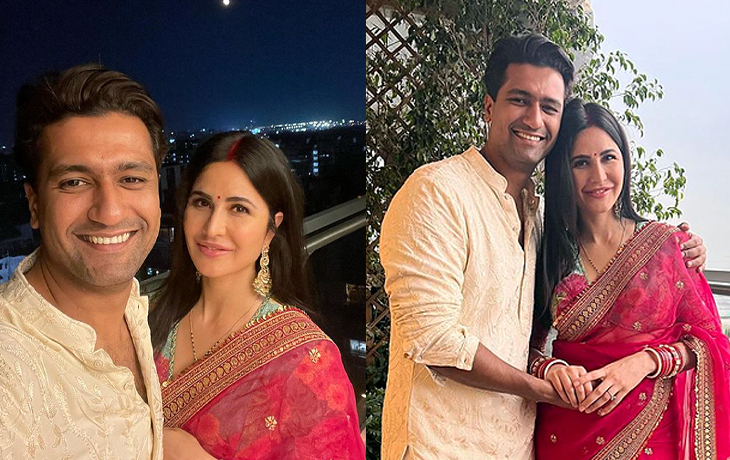 The cutest pair in Bollywood is undoubtedly Katrina Kaif and Vicky Kaushal. In a recent interview, Katrina claimed that even Vicky had observed a fast for her during the couple’s first Karwa Chauth celebration. As the actress promoted her next film, Phone Bhoot, she spoke with Film Companion and revealed more about her bond with Vicky.

Since the two were married, Katrina Kaif and Vicky Kaushal have been frequently heard talking about one another. These days, Katrina is constantly promoting her new movie, Phone Bhoot. Ishaan Khatter and Siddhant Chaturvedi play pivotal roles in this movie as well. Katrina was recently questioned about Vicky in an interview with Anupama Chopra at FC Front Row. She made a charming revelation and stated, “Vicky Kaushal calls me his panic button.” Katrina continued, “We are opposites who are blending well with each other.”

On November 4, 2022, Phone Bhoot will release in theatres. Children and young people have shown interest in the comedy horror movie, enjoying the humorous gags in the teaser. One of the movie’s songs has gotten mixed reviews; the second song will be released today. The film is anticipated to have a strong opening weekend at the box office due to the intensive promotion.