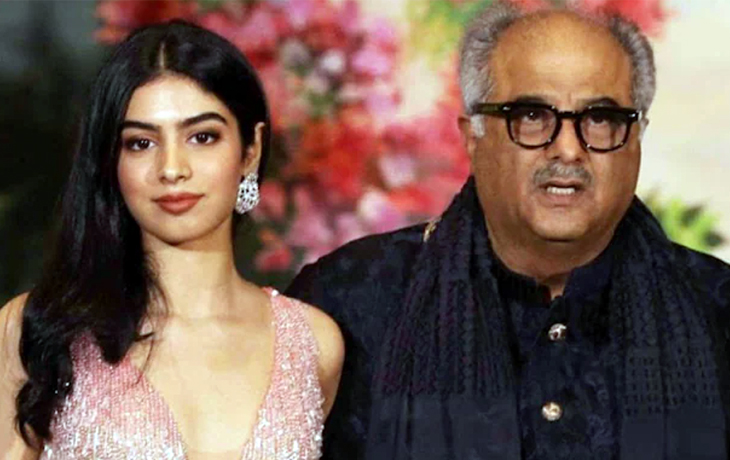 Fans have been anxiously awaiting the arrival of the new era of youth, including Suhana Khan, Agastya Nanda, and Khushi Kapoor. They are ready to make their big debuts in Zoya Akhtar’s film. After the teaser for the over-the-top movie The Archies was released a few months ago, social media erupted with excitement over Shah Rukh Khan’s daughter, Boney Kapoor’s daughter, and Amitabh Bachchan’s grandson. Boney Kapoor recently spoke with News 18 and discussed his daughter Khushi’s teaser.

Boney Kapoor stated that he is a proud parent who could only see the positive aspects of The Archies teaser and had no criticism to give his daughter. The producer continued by saying that he sat down with Janhvi Kapoor and Khushi Kapoor to view the teaser when it was released. Boney claimed that there is “nothing to criticize” because it was great and that they should only have talked about the positive aspects because those were the only positive elements he could see. Boney added that the same thing occurs when he watches Janhvi’s movies, and Khushi, in contrast, does not share.

With the release of Luv Ranjan, Boney Kapoor also makes his acting debut. In response to his children’s comments on his work, he said, “No one has seen my film except for me, and only the cast and the crew know what I have done. But many of Janhvi’s films have been released, and we have spoken about work and discussed quite a few things, but Khushi never participates.”

Katrina claims she is precisely the opposite of her husband, Vicky Kaushal

“I Believe In Standing For Myself,” Says Rakul Preet Singh