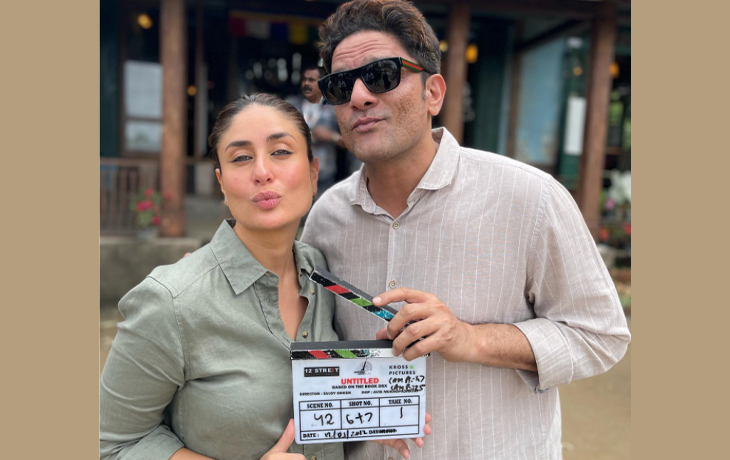 Fans were ecstatic when it was reported that Kareena Kapoor Khan would star alongside Jaideep Ahlawat and Vijay Varma in Sujoy Ghosh’s next film. The actress took to Instagram yesterday to post the first photo from Kalimpong, which she shared as she prepared for the first day of the shoot. And today, her co-star Jaideep took to Instagram to share a humorous photo with Bebo in which he learns to pout from her after completing the first day of filming.

Main Ki Karaan by Laal Singh Chaddha is out now. Relive your first love with Aamir Khan and Kareena Kapoor in this song.