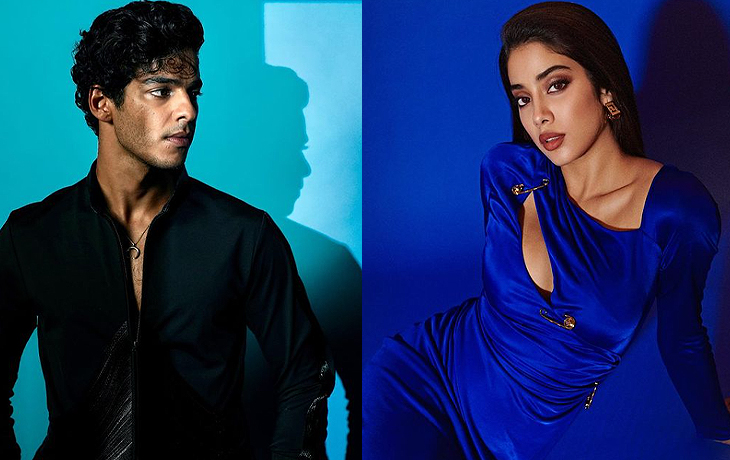 Most promising actors in Bollywood, Janhvi Kapoor and Ishaan Khatter, are working day and night to establish themselves in the film industry. With the release of the 2018 film Dhadak, they both made their Bollywood debuts, and since then, their careers have continued unabated. They were both rumoured to be dating as Dhadak was getting ready for release. They have strong bonds with one another despite consistently debunking these rumours in public.

The movies Phone Bhoot by Ishaan and Mili by Janhvi will clash today. While Katrina Kaif, Siddhant Chaturvedi and Ishaan Khatter play the lead roles in Phone Bhoot, Janhvi and Sunny Kaushal appear in the lead roles in Mili. Both of these movies seem to have a lot of potentials, so we’re interested to see how well they do at the box office.

When talking about the clash, Janhvi revealed her equation with Ishaan and whether or not she is affected by the two films’ release dates.

Janhvi remarked during an interview with News 18, “I’ve seen the (Phone Bhoot) trailer, and I think it looks like a lot of fun. We (Ishaan and I) had spoken briefly when he (Ishaan) was about to sign the film. I know a little about it, and it sounds like a very exciting premise.”

“He (Ishaan) messaged me recently wishing me luck for Mili, and I wished him back, saying, ‘Right back at you!’ I think there was an undercurrent of competitiveness (laughs). I’m just kidding! We really wish the best for each other dil se. We started out together. A part of us will always root for each other,” on Thursday, Janhvi spoke with News 18.

While on the work front, Janhvi will next appear in the action movie Bawaal with Varun Dhawan and the sports drama Mr and Mrs Mahi with Rajkummar Rao.

Varisu: Thalapathy Vijay appears to be a rock star in the recent poster