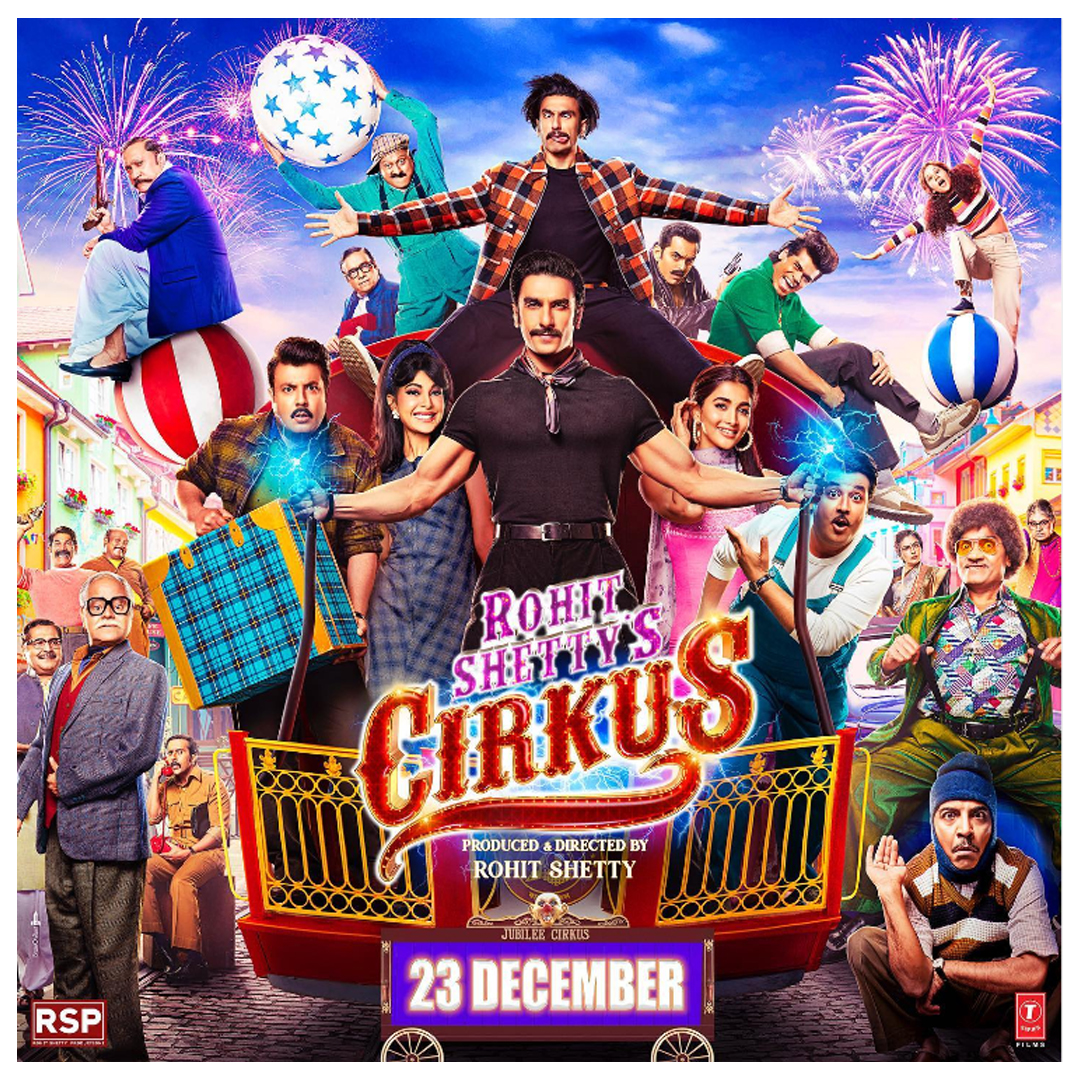 Actress Jacqueline Fernandez has disclosed how she slapped co-stars Ranveer Singh and Varun Sharma in actual situations on the first day of filming for Cirkus because she was so nervous. The media recently questioned Jacqueline on how she incorporated Cirkus filmmaker Rohit Shetty’s brand of comedy. Jacqueline has been quite busy promoting her new comedy, Cirkus.

Cirkus, directed by Rohit Shetty, is scheduled to open in theatres on December 23.  Pooja Hegde, Johnny Lever, Sanjay Mishra, Mukesh Tiwari, Ashwini Kalsekar and Siddharth Jadhav are among the other actors who appear in the movie.

As reported by the news service ANI, Jacqueline stated, “I was nervous on my first day of the shoot that actually in real I slapped Varun and Ranveer in the shot. I was so nervous that I didn’t acted the slap scene but slapped them. And after that, I felt, I think I broke the ice. See, we all broke the ice.”

Following that, Varun and Ranveer made a funny reply. Varun remarked, “Yeah, if you (showing his cheek ) call this ice,” replying, Ranveer, ” Yes. Broke the jaw line for which I required ice.”

Ranveer plays identical twins in Cirkus, a 1960s drama about twins unaware of one another. In this family comedy, Varun Sharma also has a double role. After Simmba (2018) and the Akshay Kumar-starring Sooryavanshi, in which Ranveer appeared in a cameo, Cirkus is the pair’s third joint project.

Alongside Arjun Rampal and Vidyut Jammwal, Jacqueline will appear in Crakk. The first-ever extreme sports action in India will be called Crakk. From Mumbai’s slums to the realm of extreme underground sports, this man’s path is symbolised by it.